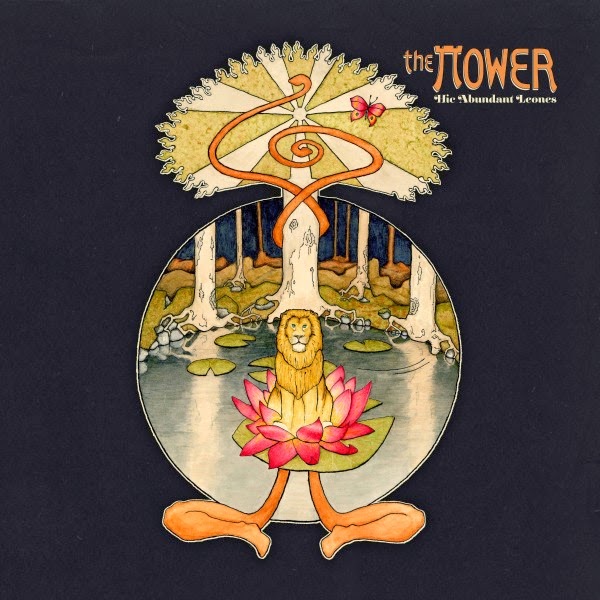 The Tower is a new Swedish four piece playing slow, dark melodic 70s rock. Side A has 6 short songs and starts off with short instrumental track Non Omnis Moriar. Adrenalawine has a very catchy groove and gets things started in a great way. I was hooked right a way with the cool guitar riff. Exile is catchy track and could be the single if there was going to be some radio play from this record. Lucy is a slower bluesy track with a nice wah guitar solo and really builds up at the end to a massive freakout with Tommie really pounding the drums. Lions at the Gate is another really melodic track with some great bass playing by Viktor a nice guitar solo, again, heavy on the wah! Pinetree Mary starts slowly but then really picks up again driven by Viktor’s bass lines. Side B starts with the long track, Moonstoned, which has a very tasteful guitar solo and in general I really like the guitar playing of August. Wounds starts off in a quite psychedelic way before the sound changes and the track develops. The guitar and bass section is really cool on this track with a far out effect on the guitar. The Tower ends this album with again a bit longer track and this is slow and a bit spacey and then really speeds up and then comes back down. There is not much of a solo but what great dynamics and vibe and cool lyrics. How to describe them? Let’s just say they have listened to a lot of 70s record records like Black Widow, November, and probably their country mates in Sweden, Graveyard, Witchcraft, etc...  They have their own vibe though. Eric has a special voice, a bit like Jon Oliva from Savatage at times without the screams, but it fits well with the vibe of the music and the whole band really sound great. Some compared them to the Doors but I don’t hear it, check them out for sure. Great record.

http://www.bad-omen-records.com/ https://www.facebook.com/thetowercult
Posted by Scott aka. Dr. Space at 12:13 AM