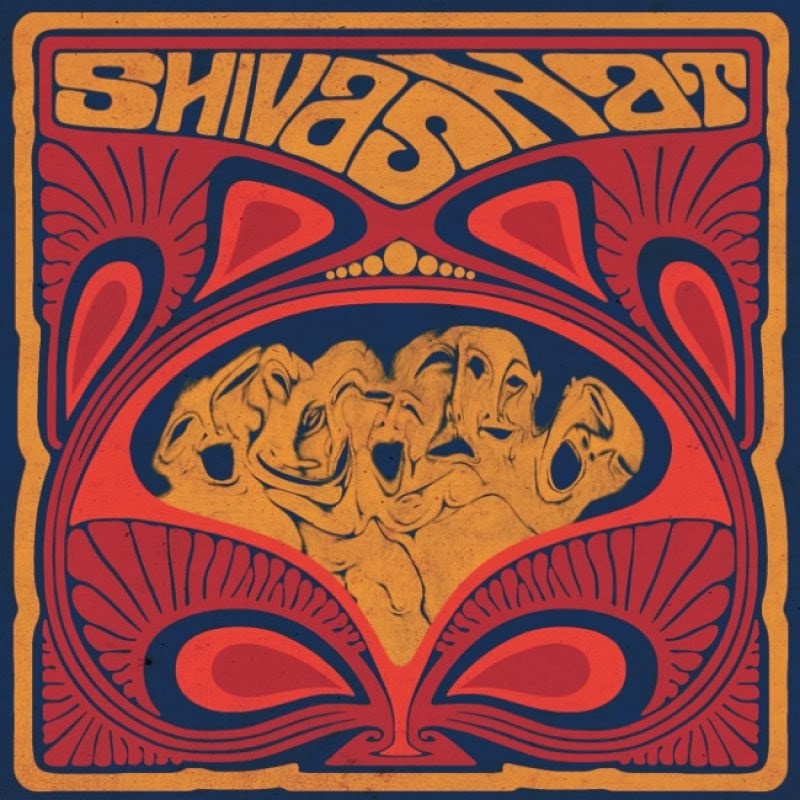 Shiva’s Nat is the new band formed by former Highway Child singer, Patrick. He is joined by Morten (Ex-Fuzz Manta) on bass and Alexsander Trap-Jensen on drums and Bjorn Sunesen on organ. The record starts off very spacey with the track, The Shape of my Soul. When the track begins it is a very passionate blues song with the organ playing a major role in the melody of the track. Later in the track, Patrick plays a lovely guitar solo as well. I’m Alive shows Patrick belting out a wild vocal and the guitar and bass line is more aggressive as well. The track has a really jammed out ending with Patrick taking some extended solo time before the track comes back to the main theme. Intermission is a slow bluesy track to end side A without organ. Flip the record over and you start with the Dragonodyssey! This has a really rumbling bass line over which the track develops and there is some great double tracked guitars that make this one quite psychedelic. Bjorn comes in at the end with the organ. You ends the record with a slow starting blues track with some really fervent singing once again and guitar playing. Fans of Highway Child will dig the singing but might be surprised how bluesy this one is and not as rocking perhaps as one might expect. Cool record, I think..

http://www.kozmik-artifactz.com http://www.facebook.com/shivasnat
Posted by Scott aka. Dr. Space at 8:03 AM