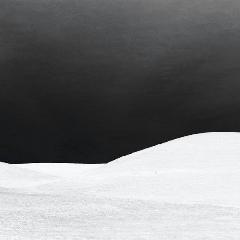 White Hill are back and this time with a double vinyl record. The band played a really killer concert at Roadburn earlier this year and probably played a few of these tracks. The Condition of Nothing starts thing soff with a really loud psyched out guitar that is mixed in your face. The band has a slightly more hi fi sound on this record. A very intense track with plenty of distortion. The band sounds more spaced out and like old school Hawkwind like never before with Shazzula (ex- Aqua Nebula Oscillator) adding lots of spaced out sounds on some of the tracks. The track has a more floating ending that leads into the short Movement. This is a strange sort of reverberation piece with a repetitive theme. No other Way closes side A and starts slow and spaced out with drums, synth drones and bass before the delay guitar starts. Nicely building and cool instrumental track. Very spaced out at the end. Side B  starts with Paradise, an uptempo and repetitive track with some really special synthesizers as the bass and drums (there is no guitar on this track) drive the groove and Dave and Shazzula space out. There are very loud synths on this track that nearly drown out everything at times. Far out. Upon Arrival is what I would call a very typical White Hills track and could have been on any of their previous records but it still is a cool heavy space rock groove track with a nice guitar solo.  Side C starts with a Need to Know, a synth only track with a repetitive organ sound and lots of spacey floating layers. It gets very cool at the end and melts into Hand in Hand, which is even more far out sound experimentation. Monument is a very spaced out track with special drum programming by Kid Millions. This as also mixed in a studio in the and not NYC like the rest of the record.  Side 4 is the real highlight of the record with the side long space rock piece, H-p1.
http://www.whitehillsmusic.com http://thrilljockey.com
Posted by Scott aka. Dr. Space at 10:26 AM