This was the last night of the Warren Haynes band European tour. It was my daughter’s first real concert. I took her to see Fokatelep last year and she enjoyed that but she is a big fan of Gov’t Mule (the lighter songs mostly) and loves acoustic music so she was excited. We got some free tickets from my friend Nils. We met Nigel (keyboards) and Ron (bass) near the bus and they were really cool people and in a good mood. I was not sure how many people would be here on Sunday night but the show was starting at 20:15, so that was good. 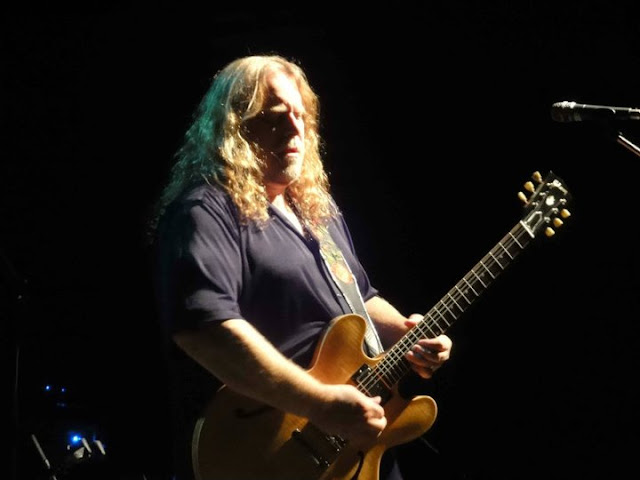 The band came out at 8:17 and started with a killer version of Tear me Down with a great jam. River’s gonna Rise was next and my daughter loves this song. The sound was fantastic (it was the old Gov’t Mule soundman) and he has a fantastic band. The drummer got to do 4 short drum solos and was very good. It was great to finally get to see Ron Hollaway play with the band. I have many Gov’t Mule shows with him guesting with the band but had never seen the man live! They had several jams in many of the songs, which was great to see and hear. Prince was playing a special late night gig at the same venue so played When doves cry before Beautifully Broken. It was a solid first set with a lot of new tracks and a jamming set closer of 32/20. 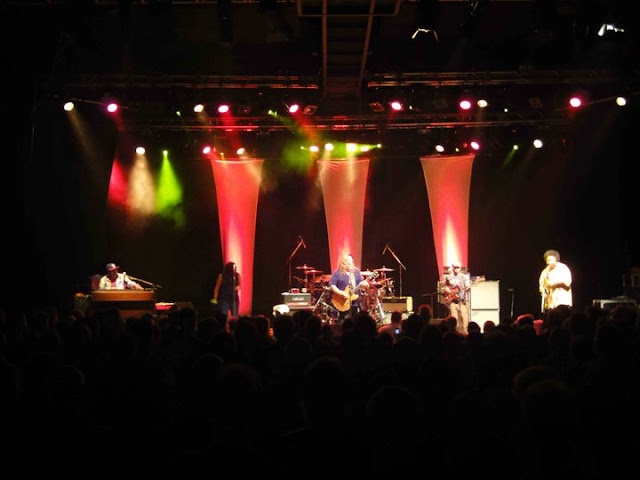 Set II opened with alone and he played , Working Class Hero and Patchwork Quilt. My daughter was really hoping to hear Forevermore, one of her favourites. After the acoustic set, they did not really excite me with Real Lonely Night and From a Whisper but man; they played a monster version of what is hip and Fire in the kitchen! I love the track Man in Motion but it was not as jammed out as some version I had heard but still played a great solo. The encore was Soulshine, a bit predictable but always nice to hear. A great night.
My daughter wanted autograph but it was going to be too late to wait after the show but lucky for us Brian (’s guitar tech) gave her one of his pics. Nice. Brian is not looking that well and has put on even more weight than last time I saw him on the MULE tour. Seems to have to almost limp around a bit. I hope he takes care of his obesity before it does him in. He and Warren look like they could be brothers but I hope never gets that heavy. He really needs to lose some pounds as well but man he still plays a mean guitar!  A really great night and a 2½hr concert as well.
Set I- Tear me Down, Rivers gonna Rise, Sick of my Shadow, A friend to You, Power and the Glory, Invisible, When doves Cry>Beautifully Broken, 32/20
Set , Working Class hero, Patchwork Quilt, Roadrunner, Real Lonely Night, From a Whisper, What is Hip, Fire in the Kitchen, Man in Motion, Soulshine.
Posted by Scott aka. Dr. Space at 8:44 AM