Thanks for supporting the blog and reading some reviews of new music.  Support for the blog has gone down a lot, sadly. Labels that used to send you a promo CD, just send you an email with a link and like the musicians who get screwed from youtube, Spotify, etc... and can't earn hardly any money, the journalist are expected to work for free and not even get a reward of a CD or LP, every now and then... Anyway, the blog is slowly winding down, I hate to say as only a few labels, Fruits De Mer, Zygmatron Promotions, and that might be it send me anything to review.  Still some bands from Denmark send me the record, which is nice and I get some CDs from some bands occasionally. 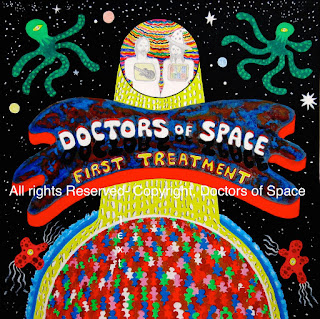 Anyway, I am super busy with music, my lands and soon my recording studio, which I hope they will start to build in a few weeks. Doctors of Space (all links below), we put out a 7" in December and the production of our first full length record has started. It is called First Treatment and features a great hand painted cover from Dr Weaver.  We also have been jamming almost every month this year except for April and May and have made some incredible music.  In addition, we have recorded another 8-10 studio tracks, some of which you can hear on our Covid Sessions on bandcamp. This might come out on a CD at some point, if there is enough interest.
http://doctorsofspace.bandcamp.com

Øresund Space Collective, despite not being able to play live this year (yet), have been digging in the archives and mixing material from 2010. Our bandcamp subscribers have had a preview and it has been really positive. I am waiting for feedback from the guys who played on the music to proceed.  Our next studio album is mastered now and we are just waiting for the artwork to be finished. We hope for an October release. We will see.  Another live CD from 2019 will be released to the bandcamp subscribers this summer and later to the public, whatever copies are left. http://oresundspacecollective.com
http://oresundspacecollective.bandcamp.com 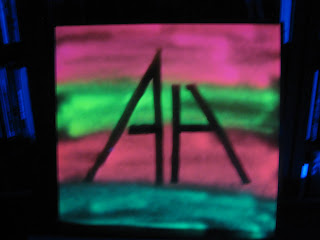 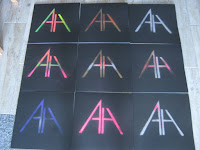 Aural Hallucinationswe finally got the albums and I painted 160 covers. There are 145 black and 15 white. 153 vinyls were produced and like 9 test pressings. I used blacklight paint on a lot of the covers and they look really cool. All the titles were hand written on the back by myself and my wife. I numbered them as well. most of the records are just the AH logo made with a stencil.  The CD-R version (100) and the tapes have arrived as well. Matt and I have been slow to make new numbers but there are a lot of sketches that just need more work when there is time.  Matt will have a solo tape release this summer, I think and will be doing some gigs as soon as it is possible.   Http://auralhallucinations.bandcamp.com

My friend Santtu Laakso from the band Dark Sun, also known as DJ Astro has been back making music after a 12 year break and I have mixed a number of tracks for him and Martin (DOS) has recorded some guitar as well. This is going to be a great record. I will keep you posted. You can hear the first track, Chrononaut on this radio show link below.
Radio Show 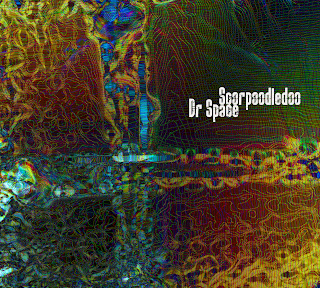 Dr Space, well, I have recorded a huge amount of solo material during the break and this will be released on some limited editions CDs (not CD-Rs) in 100 copies.  Scorpoodledoo is the first one.  There are two more to follow. My solo album, Nakawana is in production and this will only be made in 150 copies.  Much more on this in the coming months. http://drspace1.bandcamp.com

Dr Space's Alien Planet Trip Vol 4- Space with bass also was just released on vinyl June 30th and this double LP turned out incredible. Cool poster and the reviews have been outstanding. It is the solo work that I am most proud of so far.  The material above is much more minimal in nature. The material on Vol 5 is also finished now with two extraordinary and very different guitar players. You have to wait til next year to hear this one though. Sorry...
https://oresundspacecollective.bandcamp.com/album/dr-spaces-alien-planet-trip-vol-4-space-with-bass 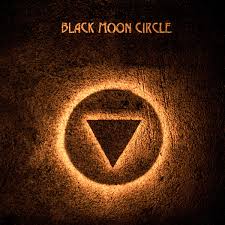 Finally, Black Moon Circle?? Remember them from Norway?  We still do not have a permanent replacement for Daniel, who left the band in December but if you have followed the facebook page you will notice the band was in the studio with Tomas, the current drummer in Motorpsycho. The chemistry of the band was amazing. Sadly, I was unable to fly up for the studio session due to the virus so my parts are currently being done remotely. Some of the material is brand new and some of is songs that we played last year on tour.  You will hear more about this later in the year.
Http://blackmooncircle.bandcamp.com