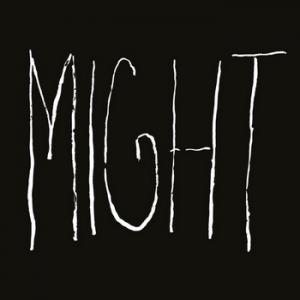 Might are a new duo (Ana Muhi and Sven Missulis) from Hannover, Germany.  The CD features 9 tracks. The bands tracks are quite diverse. Introduce Yourself starts things off with just a guitar and vocal (male and female). Pollution of Mind features some rapid fire drumming and super intense guitar to start things off and then heads off into a dirty fuzzed out groove and then a more doomy vibe develops after a sharp edit. Ana sings this one. Nasty sound. Vampire continues with a heavy riff also with a lot of distortion on the guitar riff. Sven sings the lead with Ana on backing vocals. The drums join on this much slower track, which has many different vibes. Possession starts with a bass  and then a typical doom riff kicks in with the drums. At just about a minute the drums and riff speed up and the riff switches back and forth from a nasty to a melodic line.  Ana kicks in with the vocal at 2.5 minutes on this pretty typical doom rock track with slow and fast parts. Warlight changes the vibe totally with an acoustic guitar. Drums and bass join after a minute.  Vocals are gentle on this track. The track changes intensity towards the end when the electric guitar kicks in with a lot of distortion.  I guess this is where the Neurosis influence is shows the most.

Weirdo Waltz has a distorted sound and is super intense like black death metal music to start.  It comes to a stop and is only two guitars before the Ana’s vocals kick in and it becomes distorted doom music.  Later the distorted sound becomes more intense like the beginning. Flight of Fancy bursts out of the ass of the previous song and starts heavy but strips itself down to just a single guitar and Ana’s voice sung in a different style. Mrs Poise was a strange track with some keyboards. Zero is the last track and brings back the intensity of the album with that distorted metal-doom rock.

When the band can get back to tour they promise a highly visual show including Sven duplicating himself on drums and playing guitar live.

The bio says for fans of Emma Ruth Rundle, Chelsea Wolfe, Neurosis, Jarboe, Dolch and others… I am not really familiar with these act except Neurosis.