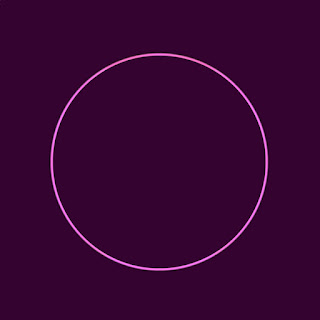 I have never heard of this band. This CD just appeared in my mailbox. Seems the band are from Stuttgart and this material was recorded in August 2017 and the rest is live from Nachtsicht Festival 2018. The band are a five piece- drums, 2 guitars, bass, and synth-sax player. The CD is pretty long at over 70mins and only 6 tracks. Finistére starts with a long spacey intro and then the groove kicks in at about 4mins and off the band goes as the energy builds. A melodic guitar line is repeated and modulated over time as it is pretty hypnotic. Some spacey synth sounds get scattered across the soundscape as well but there is not a lot in the mix. Felt like the track was ending at 14mins but then it starts to build up again with one wah guitar and one more heavy riff.  Konvoi starts with a mid pace and one slow heavy repeated riff and a more melodic guitar. I miss some real guitar solos at times, it is mostly melodic lines for one guitar and riffs for the other. Säure cuts in quite dramatically after the last track, which did not do much for me. This one has a darker mood to it and a heavy sound overall but the mix is not as good.  The solo guitar takes a few more chances but is mixed low compared to the heavy one.  At 5mins they go into a sort of reggae like section and the heavy guitar plays some nice spacey stuff. Eins starts also moody and spacey with a slow build with some spacey synth appearing again.  The track eventually builds up with a hypnotic drum and bass and a good energy. You can hear the synth pass through the sound every now and then as the guitars  deviate a bit from the theme here and there.  By 12mins the track is dying down and returns to its spacey beginnings a bit and the synth takes the lead for the first time.  Fünf is another mid paced track with a driving bass line and spacey guitars mixed a bit in the back and the synth doing some drones that draw your attention away.  Good energy.. Encore ends this album and is the most psychedelic track.  Check em out, if you like psych jam band stuff..