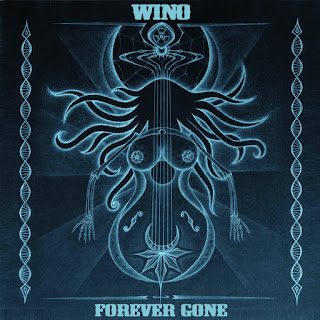 Been a great fan of Wino for many years now. Seen him perform solo, with The Obsessed, Spirit Caravan and with St. Vitus as well.  Adrift was an excellent album but this is his first album in some years under his own name. I subscribe to Ripple and get to hear all the releases. This is a mix of stripped down acoustic songs like the title track and more rocking tracks like the single, Isolation.  Taken features a drone synth and a combination of acoustic and electric guitar and a very emotional vocal.  Songs at the bottom of the Bottle, is a song about drinking, if you did not figure that one out. Just voice and acoustic guitar on this one. No Wrong is also stripped down but has an added backing vocal and at the end an electric guitar solo. Very emotional stuff.  Dark Ravine features a band with drums, bass and guitar but is quite melodic and not as dark as the other tracks. Almost happy! Dead Yesterday another acoustic and vocal track.  Dark lyrics but music is not so dark.  So Fine starts off with a sort of solo and then the electric guitar comes into join to add bits here and there in this more bluesy track. Crystal Madonna tells an interesting story.  My wife finds the record depressing but I dug it quite a lot. There are a few ore songs including the great Isolation which has been out for a couple of months. Pick it up.