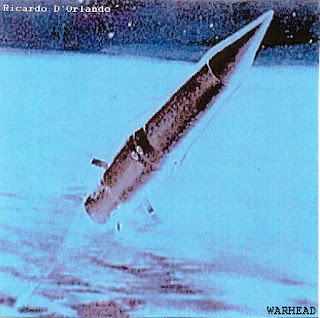 Ricardo was the main guitar player in the NYC based space rock group, Alien Planetscapes in the 90s and 2000s. This is another solo release that he has made available to the world. It is just a burned CD-R with some artwork and features 10 tracks of guitar (not a lot), synthesizer and short wave radio. Klang Klang is a sort of droning short intro track that leads into Eternal Sky. This 5 min track features a dark soundtrack with some drone, growls, deep resonance and mystery. 2mins in, the guitar solo breaks the dark tranquillity.  Starburst is sort of like a video game shoot out that develops in some repeated loops. Minot Blues is some of the most freaky blues you have ever heard. The VC3 or is it the AKS Synthi (?) gets a good work out on this one. I was waiting for a guitar solo but the guitar plays only a small part if at all until the end. Bode features the shortwave radio mixed into some really spacey synth layers. Over 10mins this one. Silo is the longest track though at over 18 minutes. This is a very slow and spacey track that oscillates, vibrates, and moans. The intensity starts to rise around 13mins like you are entering into a dark interstellar cave.  Trippy.. Monstro has this synth that sounds like a talking monster. My dog did not like this one. Had his ear perked up…  The title track, Warhead is another very short track, just over a minute with a bit more shortwave radio mixed in. Starlight is the last track and features an organ and my wife said took her to the fairground. Nice… Enjoy….  You can buy copies directly from Ricardo. It is produced in 50 numbered copies. 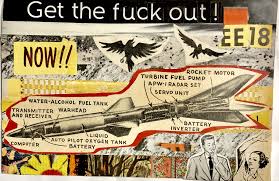