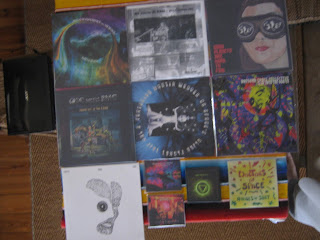 In all the years of having this music blog, I have never actually written an article about myself and all my musical projects. I have so many things happening at the moment that I really wanted to get some of this off my chest and out of the bag.  I am so grateful to all the wonderful musicians that I get to interact with and play music with. Since I retired from being a diabetes researcher, I have been super busy making music, playing live concerts, releasing music, etc..   I never ever imagined this. The picture to the right shows all the releases I was involved with in 2019. 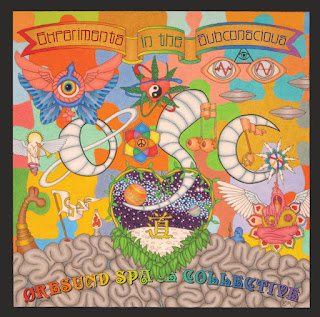 Anyway, yesterday, Feb 7th, 2020, ØSC (Øresund Space Collective) released our 34th release, Experiments in the Subconsious. The reviews (not many) have been fantastic and the pre-orders, the most we have ever received via bandcamp. I am so grateful. Fantastic artwork by Dennis W Fleet. What a vision!!!

Hear or buy the new album!

Sadly, ØSC will not play that many concerts this year as we lost too much money last year and it is too difficult to get a decent fee to cover the expenses (much less make a little money).  It really sucks as I think the band we have now for live shows is so incredible and creative and we create magic every night…

Anyway, we will play:

Tickets!!
Cressando Festival, France Aug 22nd  (Our first time ever in France!)
Høstsabbat, Oslo, NO Oct 2nd (not played in Oslo since 2007!)

At the moment, that could be all the gigs this year unless we get some better offers. We would love to play more gigs in May around the Spaceboat but nothing has materialized yet. 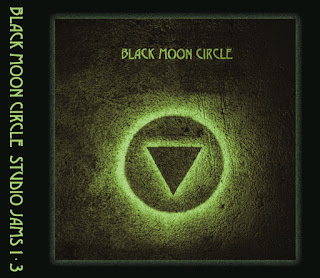 Black Moon Circle- We had an incredible year last year playing all over Europe and Scandinavia and releasing the incredible 5CD Studio Jams Vol 1-3 Box set as well as the Freak out in the Fjord 3LP/2CD set with ØSC. It has been a few years since the Psychedelic Space Lord, our last studio record (which was really a jam!) but we have lots of great songs (The Ghost, Monster Serpent, Spaced Out People, etc..). The plan is to record the new record this year. There will not be many gigs before the fall. We also need a new drummer!
The studio Jams Vol 4-5 will also come out this year.
https://blackmooncircle.bandcamp.com/ 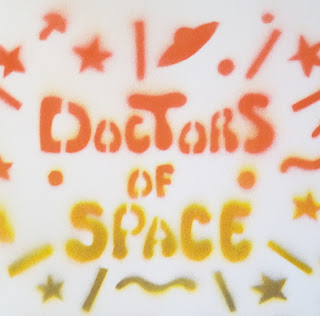 Doctors of Space, my new project here in Portugal, is a duo with Martin Weaver (Dark, Wicked Lady). We played 3 gigs last year and had a great time. We just released our first 7” record in December, Ghouls ‘n’ Shit. See the video below.

We have just completed our full length record and hope to have this out in May-June. We have a track featured on the Metal Hammer Portugal CD compilation out in March!  We have 2 gigs already confirmed for this year. We hope to play a lot more in Portugal if we can. 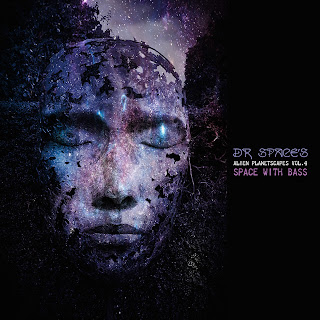 Alien Planet Trip Vol 4- Space with Bass.  Vol 3 came out last year in May and Vol 4 was born this last summer and only recently completed. All the other previous volumes featured different guitar players but these tracks I had recorded just would not work with guitar (I thought) so we tried bass and it was incredible!! Hasse Horrigmoe (Tangle Edge, ØSC), recorded some incredible bass over some of my synthesizer improvisations. Later, additional synth was added on many tracks. These tracks have been meticulously mixed making this one incredible musical journey of just synthesizers and bass guitar (with lots of effects at times).  7 tracks in just over 80mins.  I am very proud of this unique record.  I don’t think I have ever heard a record quite like this one. 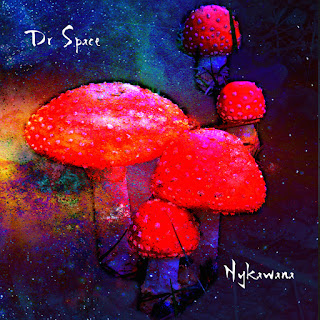 DR SPACE
In October, 2019, I finished reading this great book called The Long Trip by Paul Devereux.  IT inspired me to take 2 days and record 5 pieces of music. They are all linked together via some Native American Indian chanting and form about a 40min musical journey with changes in mood and flow. I really enjoyed recording and mixing this.  At the moment the record is called Dr Space- Nykawana. I have would like to find a label to release it, that could give it more exposure than Space Rock Productions (my label with Sabine from Sapphire Records). Great cover by David Graham. What do you think???

In December 2019, Matt Couto (ex-Elder Drummer) contacted me about if we could make some music together. Matt and I have been friends for a number of years and always hung out whenever Elder came to town. He and Elder visited my house last year when Elder were in Portugal.  I said YES.. Well, we have now created 10 tracks under the name Aural Hallucinations. 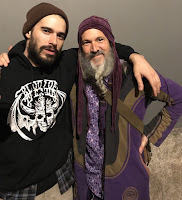 We have one track you can preview on bandcamp. Our approach has been to trade equal number of tracks and we each overdub whatever we want over the top and I mix the material.  We are finishing up the record now. Matt is making the artwork. The plan is for us to release this ourselves in limited numbers on vinyl, tape and CD. Keep an eye and ear out.. We will slowly add some more tracks to the page.

Other releases this year, I hope will be the following:

ØSC- Sleeping with the Sunworm 2LP (one of the last of our older releases not yet on vinyl. IT will have one unreleased full album side track!)

Alien Planet Trip Vol 5 (one side is finished but still waiting on the other guitar player to send his tracks!)