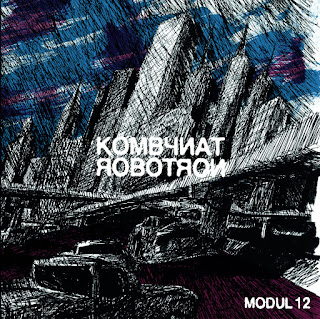 Kombynat are a 4 piece instrumental German Kraut-psych rock band.  This album was released a while ago and the vinyl is sold out but the CD is still available. The band also had a split LP with Snakes don’t belong in Alaska, also released in 2019. The band has several other digital only releases on bandcamp as well.  This CD features two long jams.


One is 22 minutes and the other other one 16mins (Side B).  Side A starts as a slow fade in as you enter into the room where the jam is taking place. By 4 mins the guitar has entered solo mode and the track gets a bit more psychedelic. By 13 mins the track is quite hypnotic in nature and the guitar is starting to explore again as new guitar effects are added to the sound. At 15 minutes there is a short section with someone talking with a lot of effects on the voice.  The band you feel are getting ready to take off again and it does!!  Side B starts almost seamlessly out of Side A with the focus on the bass line and some spaced out guitar parts. The drums enter a bit before 3mins and the piece starts to slowly grow and a the guitar takes off with a slow building spacey solo with some effects. A spoken word appears again around 6 mins for about a minute or so. This track stays mellow and spaced out almost to the end. At 11mins the bass starts to increase intensity and the rest of the band feels the push and off to new heights!  I really enjoyed these musical travels.

If you are fans of instrumental, heavy psychedelic guitar oriented rock, then you will probably dig these German guys.  Check their record out at the you tube link below. I look forward to see what they do in 2020.