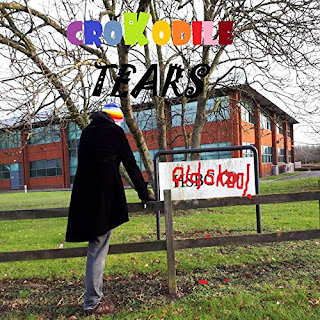 Crokodile Tears is a UK band that has released a few album. This is their latest one and it features Jerry Richards (Earth Ritual, Hawklords) performing and contributing a few songs as well.  The CD features 14 originals and 1 Beatles song (Norwegian Wood).  The songs are quite simple acoustic or electric guitar tracks and reminds me of funny music that you would play for children some how. There were some nice tracks that I quite liked but it is very English somehow and personal these songs.  Check them out. Thanks for the CD guys.