Thor is the leader of the band Syreregn but he also plays a lot of solo gigs and is involved with some other bands as well. This was a sort of reunion of the people he started making and recording music with 10 years ago. The first set was a trio that Thor plays bass and sings backing vocals. I did not catch the name but it was Bjergtop or something like that. It means Mountain Top. The singer and guitar player was very special and I did not really enjoy the 4 or 5 songs they played and in fact about 40% of the people in the place left while he played and all was left was pretty much Thor’s friends and family. 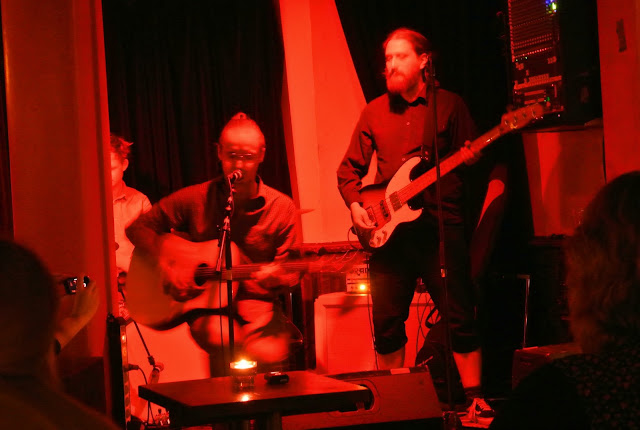 The next band set up quickly and this included all the guys in from Syreregn; Thor (guitar and vocals, he usually plays bass with Syreregn), Rasmus on drums, Jacob (only Syreregn guitar player, who is now back!) and Kian on bass. This set was really cool. All Thor and Syreregn originals. The slow new take on Tag solen Ned was really cool. I actually have never seen Thor play so much lead guitar and he was really good. Jacob, who strangely enough was wearing gloves, played some great guitar as well. This was a powerful and cool set. 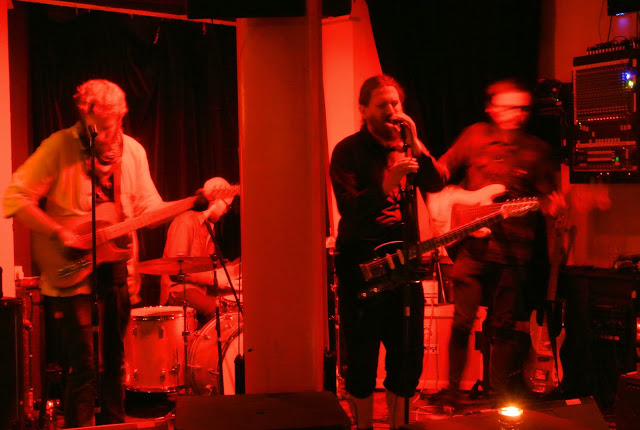 The third set was the very first band, Patienterne, Thor started back in 2005, him, Rasmus and a guy named Simon on bass. These tracks they had not played in some years and you could tell these were songs from a young band, trying to play a bit alternative rock with all Danish lyrics. Everything on this night was spoken and sung in Danish. It was the National election this day and sadly, the extreme right won, so that was very depressing.  Anyway, there were a few cool songs here, one of the last before the encore was great but mostly it was ok and not nearly as good as the songs Thor writes today. Must have been fun for him to play it again for a few friends and family. At most there was 35 people.  I had a really nice time talking with the guys and hanging out with my friend Anders, whom I had not seen in a long time. We chatted until 1am…  Late night but nice..

By the way, Thor has a solo record he is trying to raise money for, please check it out.. Peace..

https://www.booomerang.dk/projects/forud-bestil-thor-bodings-soloplade-paa-vinyl/
Posted by Scott aka. Dr. Space at 7:36 AM