Sue and I took a walk down to the venue and when were arrived the band were sound checking. We hung out and heard about 30mins including a jam on California Man by Cheap Trick! We had a really nice chat with their merchandise man. He was really cool and liked New Mexico. The band had played in Albuquerque two times. A few months back I wrote to the band and management about doing an interview but never got an answer. We talked with the Road manger, named Scott and he said it had to be pre-arranged and he could do nothing. He would put me on the guest list so I could review the show and help publicise the band here in Denmark. 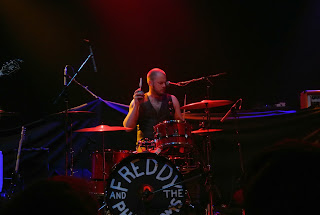 Seems there is not much advertising for this show and the pre-sales were really low. I have tried to promote it on Facebook at least. We will see. No opening act was listed on the web site but one of the crew for the venue said it was a good blues rock band.

Anyway, a Danish act called Freddy and the Phantoms (sounds like a 50s R&R band!) hit the stage at 20 and played a 35min set of hard rocking blues rock with two guitars and an intense organ player. The songs were short, focused and all five the of the members sang backing vocals and Freddy doing most of the lead guitar and all the main vocals. They had made two records I could see and the crowd quite liked them. I would have liked them more if they had played half as many songs and made them twice as long and did some more longer solos. They did a great job in the 35mins they had.

Set List: Ties of Division, Shadows across the Country, Down Down Down, One of these Days, When the Raven Pecks, Better come  what May, Morning Sun, Borderline Blues, No one to Blame

About 21:05 BBS hit the stage and played their standard set that is nearly exactly the same every night this year but this was the first time ever in Copenhagen so it was totally fresh for everyone here. I guess about 250 people tonight and probably 1/3 of the crowd was Swedish. People were really into it though and the sound and iights were great. Charlie sounded excellent as well. 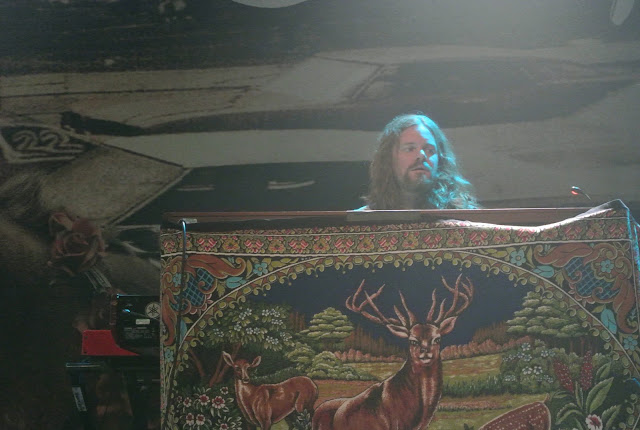 The first 30 mins of so went by really fast as the band just cruised. Brit (the drummer) and his brother Richard are a very solid rhythm section but they seem like they were really bored. IT was not really until Sleeping Dogs when the band loosen up a bit and seem to start of have a bit of fun and emotion. Charlie he is always into it, since it is his songs but the others seem to just be cruising and pretty bored often. I think if it was not all so routine they would show more emotion. They have about 60 songs, they could play three nights in a row and not play the same song doing 20 songs a night but it is 22 songs and about 16 of these are the same every night. No wonder they look bored. Anyway, despite this, this a fucking great band, with great songs and you have a blast every time they play. You can sing along, rock and roll a bit, laugh and have a good time out with some of the nicest guys in rock and roll music. This was my 4th time to see the band and I will keep coming back for sure! 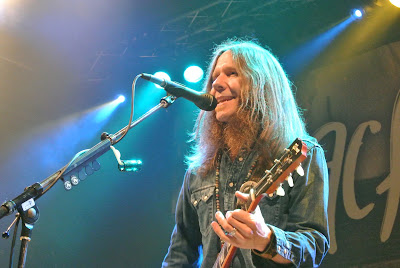 It was really fun to hear California Man but Cheap Trick as on the 2nd encore song!

Set List: Six Ways to Sunday, Let me help you, Like I am, Pretty Lil Lie, Fire in the Hole, R&R Again, Good one comin’ On, Crimson Moon, Sleeping Dogs, Holding all the Roses, Sanctified Woman, Whippoorwill, Lucky Seven, One Horse Town, Up in Smoke, Ain’t got the Blues, Too High, Restless, Ain’t much left of me, Encore: Payback’s a Bitch, California Man, Magnolia