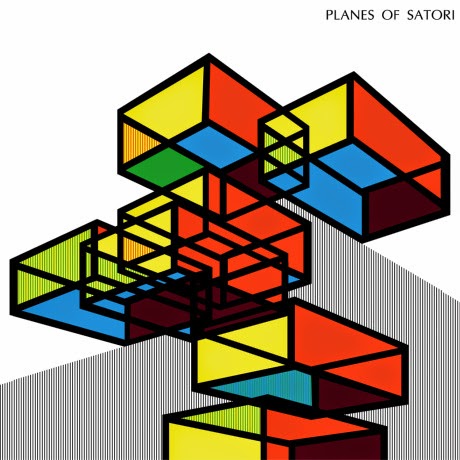 Planes of Satori are a San Francisco band. They released a split single prior to this. Anyway, this is a really cool album with 7 tracks that are all sorted of melted into each other and that totally channels the 1972 era CAN. The singer, sings in the same style as Damo, while the band creates these cool grooves and just spaces out..  Side A starts off with Eyes and some space synth sounds before the uptempo drumming contrasts the more laid back vocal and guitar that sort of jam away in the background. The space sounds enter here and there. Very cool stuff..  If you must Know has an almost African guitar style riff that takes the lead to start this track off. Gnostic Boogie ends the side and reminds me a bit of the US band Weird War. Flip over the record for Green Summer, which features a really nice guitar solo as the CAN like bass lines roll on and the drummer just pushes the track. Great track. The ballad of Queen Milo is more laid back and spacey and mostly instrumental. KTZ again features the cool guitar playing of Raze and  . The Snake and the Squirrel is a really short intense guitar track to end the record.  Cool record..

http://planesofsatori.bandcamp.com https://whocanyoutrustrec.wordpress.com/
Posted by Scott aka. Dr. Space at 8:02 AM