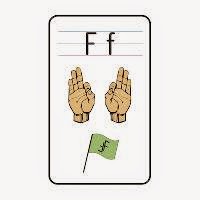 Ff is a new project featuring Dave from White Hills and Antrony also known as Tony the Interpretive Dancer). Antronhy has played drums for numerous bands including Bivouac, Punish the Atom, Julian Cope but you won’t hear many on this release as it is mostly strange samples, synths and some vocals. There are several editions of this record and I managed to the mail order on in only 50 copies in a white sleeve and a brown vinyl with streaks. It also comes with a sheet of blotter with two different coloured hands on it.. Would be cool if had acid on it but seems unlikely but you don’t know if you don’t try it! Anyway, the record features 10 tracks, 5 on each side of strange soundscapes lasting about 30mins, that a bit of LSD would for sure enhance your ability to appreciate this quite abstract music. Fans of the White Hills Oddity series will for sure dig this…… Far out stuff..

http://www.thrilljockey.com/thrill/Ff/Ffeeling#.VMECZdLF9LQ http://300mics.com
Posted by Scott aka. Dr. Space at 10:54 PM