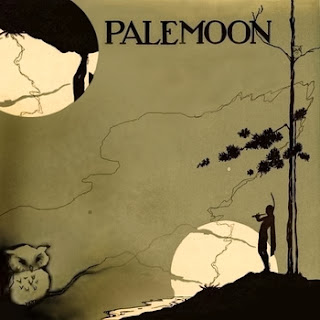 Pale Moon is the solo project by Mikko (Ex-Dark Sun) from Helsinki, Finland. He plays all the instruments and it also features some guest including his brother and Nik Turner from Hawkwind! The opening track has some spoken words and very deep base. IT is a really cool and spacey number and reminds me of the more electronic modern day Hawkwind stuff or the White Zone material. A Lion’s Roar is a short track with a long guitar solo and is sort of like a simple rock jam with himself. Down by the roadside by the River starts with a long sample by a guy who saw a UFO. The groove in the background is really cool and groovy and spacey but the music is mixed quite far away. The Colour of your Blood is a really old track featuring Mikko’s brother on vocals and Nik Turner on sax and flute. This is from a one track demo I got from Mikko back in 1998! Anyway, it has all electronic drums and percussion beats (as do all the tracks, I don’t think Mikko plays a real drum kit). It has a slow moving mood and feel to it with cool layers. Hard to describe. The Illusionist features Dark Sun guitarist, Jurza on guitar and Mikko on vocals. The programmed drums are more prominent and the music quite dreamy. Jäba Tuli has a really cool vibe and this single repeated drum beat (maybe drives you a bit crazy!) but some cool guitar, cryptic voices and shaking percussion that drives this one… I think he should have added some more layers of stuff in the middle though as I kind of lost interest but what a super cool track. The colour of your Mood is nearly the same as the Colour of your Blood without Janne’s vocal and again featuring Nik Turner. It is basically like a reprise with slight differences. Moon rising reminds me of Set the Control for the heart of the sun but without any drums. Very spacey and a cool bass line and guitar with layers of floating synths… I wish it was longer. Featherfall is primarily and effected guitar in layers and Mikko on spoken words (by his wife). The CD ends with Palaemoon elegans (anyone a biologist?). This one has a unique percussion rhythm and floating synths at the beginning and then there is some hand drum playing and just a real ethereal feeling to this ending track. You end your trip in a happy place. This available for 5€ at bandcamp or a limited edition CD-R version in 100 copies you will also be able to buy soon.