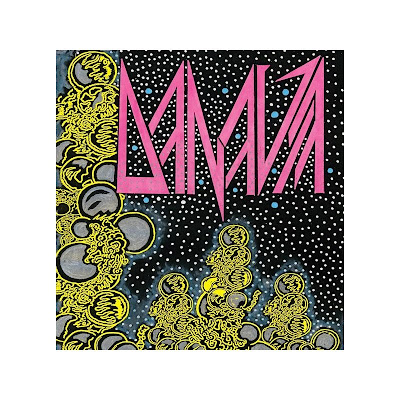 I was really surprised when I saw this one. I really dig this band a lot and they are so cool live. I have not kept up on all their vinyl output but usually bands early material can tend to be the best so I was very curious to hear this. The LP features 4 tracks from the bands 2004 demos and I thought it was all unreleased material but 3 out of the four songs appeared on the bands self-titled full length, in more polished versions. By the Mark starts things off and this is pretty raw, with a very hard edged trebly guitar sound and the way the synth section is mixed it is quite psychedelic. I played the 2006 version right after the first and the song has become more controlled and focused and the sound really different. The basic structure is similar and all the crazy time changes, maybe one extra guitar solo in the new version but still very psychedelic. The vibe of the original is maintained but it is less crazy sounding. Eyes in Disguise starts with a synthesizer arpeggio and then the band really takes off into a fuzzy haze of sound to never return. A very complex track in the end with a much more raw drum sound than on the CD version. Very driven by the in your face guitar! Longdance is also on the debut from 2006 so what about the unreleased track Jack? It is very short and totally different than anything that has every appeared on any of the bands records. A very strange song with funny lyrics. Very simple compared to what the band normally does. Almost like a joke. Anyway, a very cool and intense listening experience.