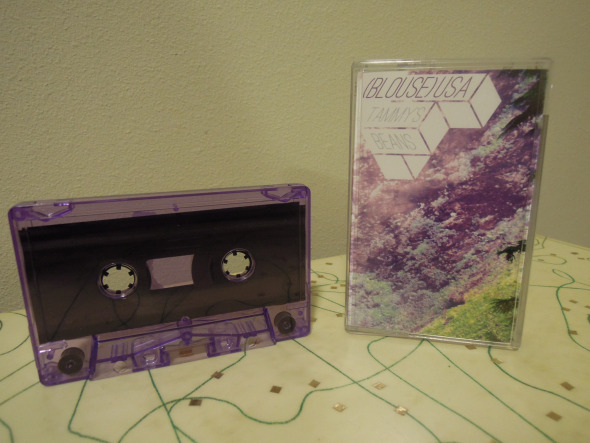 This is a cassette only release and features 9 tracks by this mainly one man act (Benjamin Thomas-Kennedy). It features a few live tracks as well as three guests (Nathan, Ryan and Jesse). Side A is mostly all ambient spacey stuff with a focus on just synthesizers. The exception is Ianos, which features the other guys listed above. Dr Shambles starts side B with some fast drums and then the guitar and keyboards kicks in. This is something really different and raw as the instruments don’t really complement each other at first but then they seem to communicate a bit more. The Lateral Power has a the same folks but totally different keyboards and what sounds like a drum machine. Killingsworth is a very dreamy piece. Slow Release sees the return of the other guys again. Interesting release and quite different from the other tapes from this label.

http://blouseblouse.bandcamp.com  http://www.prairefiretapes.com
Posted by Scott aka. Dr. Space at 5:42 AM