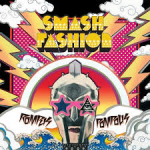 The LA glam rock 4 piece are back with another set of 11 good time rock and roll about real life and things gone right and wrong.  The band is: Roger Deering with ex members of London Quireboys (Nigel Mogg) on bass, Finnish glam rock legends, Smack (Repo) on drums and Rock City Angels (Lloyd Stuart Casson), on guitars. Can’t take you anywhere is a foot stomping that takes you back to the Faces. All the songs are written by lead vocalist and rhythm guitar player Roger Deering. Soft as a Rock is a more melodic track with less depressing lyrics. The band experiment with some different rhythms in the mid end section before heading into the main pop format of this song. Rompus Pompus reminds me a lot of a song by Pothead at the start and then it goes in a new direction and is complimented with a bit strange keyboard. I hear a bit of Thin Lizzy in the track as it develops. Wolves of Wonderland slows it down a bit with a more laid back vocal and a more gritty guitar riff and some complimenting harmonica. Teenage Demon speeds things up and has some nice harmony guitar parts. Proper way to eat a Muffin features some hand claps and a fun party spirit. Old T-Rex?? Runs in the Family is one to get the audience shaking and clapping their hands to.

Tender was the Hook is more laid back and has an effect on the voice. A quite different song from others on this album except the way the chorus is arranged and sung. Ugly Thugly has this sort of dirty swagger to it and a bit of a bluesy guitar. Gentle Hand is more uptempo and brings back more of the ROCK. Smiles and Daggers closes out the record with a very cool track and the one with the longest instrumental section and solos of any track on the record. A great variety of tracks on this record. The band takes the best of T-Rex, Thin Lizzy, Motto the Hoople, early Sweet, Bowie and others and make their own stew of good time rock and roll. Check them out. The album comes in a very nice digipack CD format with a booklet with the lyrics.