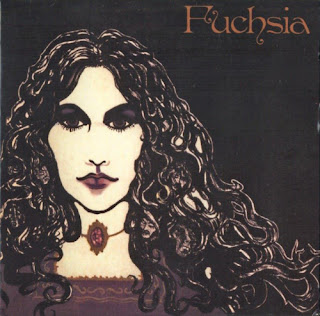 This album was originally released on the Pegasus label in 1970 and considered as a long lost classic. Band Founder, Tony Durant, has allowed Fruits to create a very special 2LP including some very rare material, plus a DVD (with 15min interview with the Tony), a large poster, and more.

I had never heard this record but was quite taken by it. It really is a great fusion of prog rock and UK folk inspired stuff with a log of strings and acoustic instruments and long tracks. Certainly, a lost classic. You can hear the entire record below.
The bonus material starts with a remake of an old song called Somnambulist. It is pretty cool with acoustic guitar, voice, not a very nice drum(?) track though. Dark theme. Rocks and Books is another old song remade but a much more happy mood and basically an acoustic guitar song with some piano accompaniment until the accordion kicks in.  Nice song. The next song is the real rare one take from an acetate made before the first record. A long 15min track and features some instrumentation very inspired by the Beatles, at times. It goes through a lot of different sections and changes a lot though. Very cool piece of music. The next two songs are original demos (The Band and Ragtime Brahams) from the early 70s?. Fushsia Song is an acoustic version from the Fushsia II record. The band is a new 2014 version. The Waves closes things and is the demo of the song that appeared on Fushsia II. A great package and classic music from England.