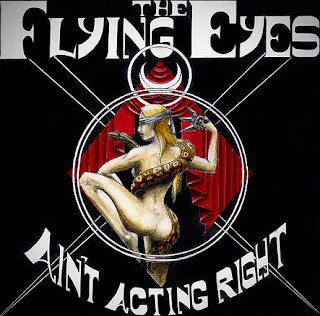 This is an interesting split 7” with two bands from Baltimore. The Flying Eyes, most of you out there are familiar with but Lazlo Lee, I bet not.  Each band do a cover of the other band. Ain’t acting Right (TFE) is a pretty heavy track with a fuzzed out solo and low fi production.  Lazlo Lee and the Motherless Children lay down Nowhere to Run from the Flying Eyes debut LP (2011).  I have to say I really dug the energy in this version both in the band but also the vocals. Pity these songs are so short. Pretty cool artwork on this fold out cover. Made in 300 copies, 4 different colours.