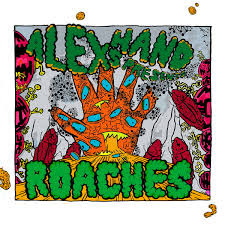 ALEX'S HAND is poly-stylistic avant-garde, experimental rock group centered around bassist Kellen Mills and drummer Nic Barnes. It was launched in Seattle, Washington in 2011, and is currently based out of Berlin, Germany. Dabbling in everything from rock, metal, jazz, avant-grade, classical, progressive and experimental music, ALEX'S HAND has self-released three full-length studio albums, two EPs, a live album, and an album of spontaneous live improvisations. The group is made up of a large group of musicians (12!) including the following instruments: bass, guitar, synth, keys, organ, horns and violin. Also voice, sung and spoken word.  The CD is split into long tracks and short interludes with a lot of tongue and check humor. I think they are fans of Frank Zappa, Primus, and Mr Bungle.  The record is for people with a truly eclectic taste in music. This is a very hard record to review but I have to say it was very enjoyable and the interlude tracks are quite funny, telling the story of the band Roaches!


http://www.facebook.com/raigrecords
Posted by Scott aka. Dr. Space at 6:38 AM