The Locked Ward- Voyages into the Inner Psych (Nasoni Records) 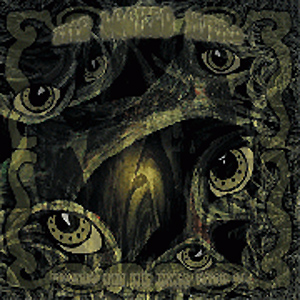 This  is a damn cool new band and it features John McBain from Monster Magnet, Wellwater Conspiracy on tracks 2 and 3. The band is highly inspired by Danish bands Spids Nøgenhat, Baby Woodrose, Dragontears, On Trial, Pandemonica…. This you will recognize for sure. The band for sure had a cool vision for how they wanted this record to send as it has a great psychedelic sound. The LP starts off with a short strange piece with tripped out voices and backwards guitars that leads into Moving at the pace of Valium. The track is actually quite fast with some really psyched out guitars and the singer will remind you a lot of Lorenzo Woodrose. Lots of cool space sounds flying around in the psychedelic soundscape. Breaker of lives and Souls also takes off a fast pace with several layers of psych leads to start and then it spaces out and sounds a lot like Dragontears. All is see Brightly is the Darkness is a pretty depressing mostly acoustic psych track but it does have some intense wah guitar at the end. Voices in my Mind closes side A and is a very cool song, also reminds me a bit of old Bevis Frond. Love the spacey flangy guitar and lead break section in this one. Flip the record over and you have two songs that are similar to the style of the A side but then the last two tracks, wow. These are totally tripped out mind blowers!! The Suite starts with Words can only Echoe and this goes into the title track. Very psychedelic and tripped out and they may just have escaped from the Locked Ward, so be careful how you listen to this record.. A really impressive record for a brand new band and possibly dangerous if you are close to losing your mind already!

As far as I can find the band has no myspace or soundcloud or other music site. Below is a link to them on Facebook at least.