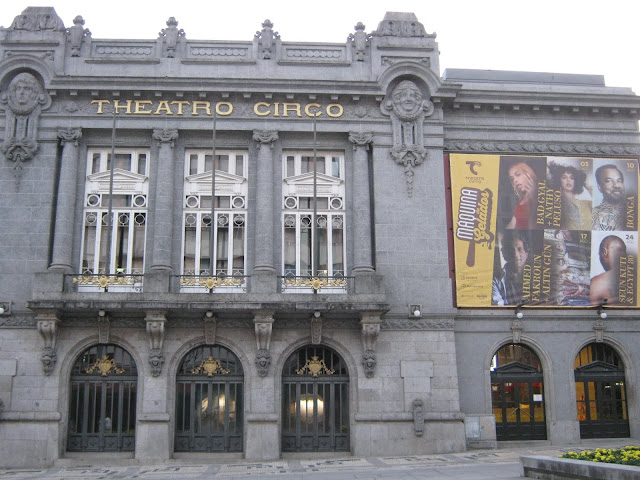 It has been way too long since I had have seen some live afrobeat and also to see Seun perform. We travelled about 3hrs to Braga and spent 1.5 days checking out the town and going to this show, which happen to be on my birthday. I bought tickets as soon as they went on sale and we had the front row center) tickets were 8€!) in this beautiful and intimate theatre of about 600 people. Amazing place, acoustics, etc..

There was no opening act and the band hit the stage right at 22 and played until nearly midnight with no breaks.  We had met the bass player, Justice, earlier and he was a really cool guy and wanted my Fela t-shirt!  Sadly, my friend Aaron was in an accident and could not make the show, so I had his 4 tickets to try to sell. Managed to sell 2 of the 4 tickets. He also had front row! We met the percussion player as well outside the venue. He had to finish his joint before the show!!

If you have been to a Fela or Seun show, the band starts off the show with a song before the main man hits the stage. In this case, the track was lead by the lead trumpet player. Good opening track. People in the back and on the balcony were up and dancing. The band only has 4 from the Egypt 80 band now; the two guitar players, the wood block and shaker guys. The rest are pretty young guys. 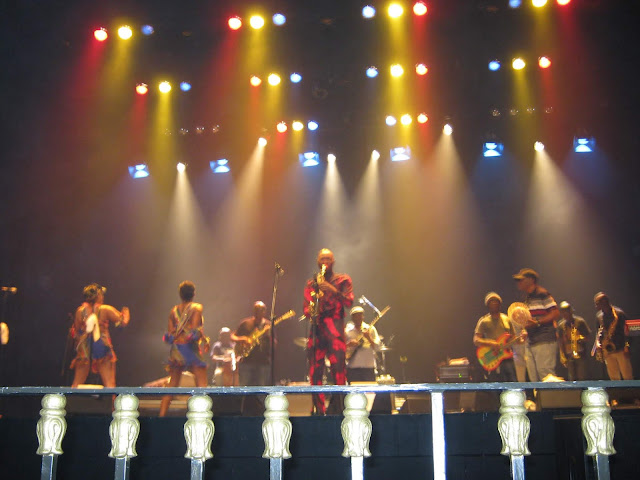 Seun came out for a Fela track called Pansa Pansa from one of Fela’s later records (1992) called Underground System. He has over the years played quite a few of his dad’s songs as a tribute and start of the show. Never heard him do this one. The rest of the concert was all tracks from the new record, which was a surprise for me. I had really hoped to hear Slave Masters, my favourite Seun Kuti song. Anyway, I have the new record and it is great so it was cool to hear longer versions these songs. They only performed 9 tracks in about 2hrs. Seun did some talking to express his political views and explain the lyrics to some of the new songs. He was funny at times and also serious. Carlos Santana plays a long solo on the song Struggle Sounds, but they just skipped the guitar solo completely. It was a really good show. I would have danced as well but we were in the front row and it would have forced all behind us to dance or be a bit annoyed. 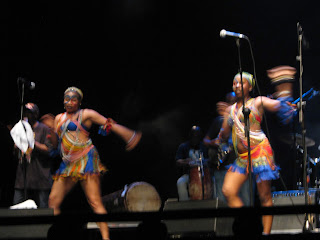 A great and fun night. I hope I can meet Seun one day.