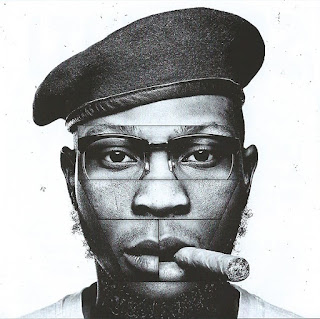 It has been 4 years since the last Seun Kuti record and he has continued to play all over the world bring the Afrobeat sound and message of change. This album features 8 songs over 4 LP sides and some very potent lyrics (although they are a lot shorter and more to the point) and themes of change. Last Revolutionary starts things off with a great groove and high energy. Seun plays a lot more keyboards on this album than previously. This very much a vocal oriented track as there is singing almost throughout the entire track. Black Times is about passing on the heritage of black people’s culture to the next generation and pretty unusual for Afrobeat, it features several guitar solos by none other than Carlos Santana. What a great track. Corporate Public Control Department (CPCD) about how he new government is always the same as the old and nothing ever happens to better the life of the people. It starts as a slower piece but then the groove kicks in and the horn section creates the main motif for the song. Again, not a lot of lyrics but a lot of singing, repeated over and over. Kuku Kee Me (not sure what that means in Nigerian) but it is an angry one. This has a great intense groove and the mid-section break has some great horn playing.

Black Man Lighter (BML) is about smoking in public! Weed, maybe? The groove is a bit “stoned” and slower and the horns take the lead at first with several sections of the same repeated theme before the arrangement changes and vocals kick in and sing nearly the entire song and then the theme comes back again. African Dreams, one of the longest tracks on the record, is about how the youth in Africa have bought into the corporate capitalism and are not thinking about the fate of Africa. The guitar line is classic Fela afrobeat on this slower track and contains a lot more lyrics than are printed in the album sleeve! Struggle Sounds starts the last side of the album and has a footstomping beat and then the bass kicks in and off we go. The final track, Theory of Goat and Yam is one of my faves on the record. Great track and another classic afrobeat record. I would like to see the band make longer tracks but they extend these tracks a lot when they play live. Enjoy.