Terry Brooks and Strange- Treasures and Gems from the Treasure Chest, Volume 1 and 2 (Bandcamp 2017) 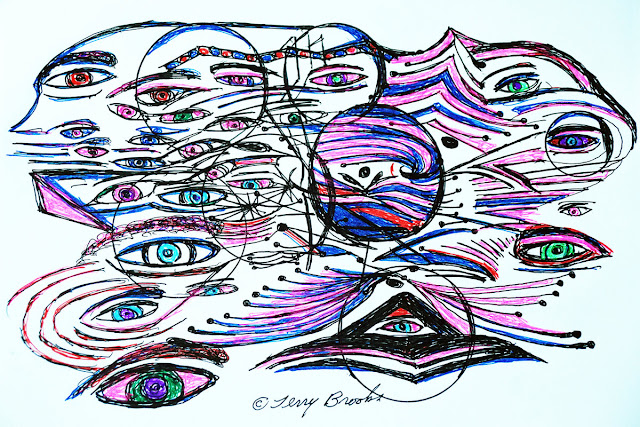 Many of you might know the name Terry Brooks and strange. Terry hailed from Florida and made quite a name for himself in the underground.  Terry first came to prominence with his 1973 debut LP, the heavy rocking progressive-psychedelic masterpiece ‘Translucent World’, privately released on Terry’s own Outer Galaxie Publishers label. He started jamming in the 70s and did some concerts in Europe in the 80s, continued to play into the 90s and then disappeared.  Jerry Kranitz from Aural Innovations was given a chance by Terry (who is in poor health) to go through the archives and compile the first of potentially several volumes of music from this archive. The first 2 have just been released.

Vol 1  (this text is written by Jerry Krantiz)
The first three tracks of this set were recorded live in 1984 during Terry’s tour of Germany. It opens with 20 minutes of awe inspiring, powerhouse jamming that will appeal to fans of monster guitar solos. ‘Child Of The City’ follows, blending song with more exploratory instrumental workouts. The live set comes to a close with the heavy blues, song and jam monster ‘Down And Dirty Blues’. As a bonus we have included one of the only occurrences of Terry doing a cover song – Terry ROCKS the classic ‘Spoonful’, recorded in 1987 at a private concert. 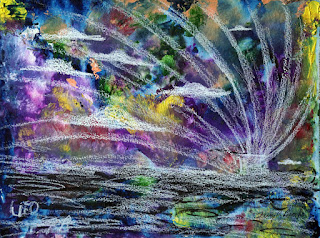 Monster Guitar: Opening with a German radio promo for Terry's song Rock & Roll Woman, the DJ then plays a jam recorded live in Juarez, Mexico sometime in the 1980s. It's a monstrous power trio jam featuring volcanic space/psych/noise guitar.  Magic Fingers: This prog infused power psych rock instrumental was recorded at a private concert in 1986. Space-Metal… Killer!: Totally eruptive space-metal studio jam from 1976.  Love Passion Guitar: Recorded live in 1992, this is slow, doomy, melodic, yet intense hard psych, with passionate dirty blues solos that later gets tastefully spaced out. This track was recorded in the aftermath of the passing of Terry's uncle Jimmy Napoli.  Killer Rock: A studio recording from 1981, this is a hard jamming rocker with down 'n' dirty boogie-woogie swagger in the leads.

Midnight Angel (early version with jam): This late 1970s studio recording kicks off with a lengthy jam with wailing guitar and drums, but lightly melodic keys that provide a cool contrast to the frenzy of the guitar and drums. What makes it extra special is it's segue into the song that would later appear as 'Midnight Angel' on Terry's 1980 released To Earth With Love album.  Sonic Psychedelic Mind Melt: Recorded in 1973 during the sessions for what became Terry's 1976 released Raw Power album, this track is a tour de force of fuse blowing, effects heavy hysteria.

https://terrybrooksandstrange.bandcamp.com/
Posted by Scott aka. Dr. Space at 9:56 AM