I am doing a series of interviews with people asking mostly the same questions as below. Hope you find this fun and interesting.  I really love Robbi's band and am so proud that Space Rock Productions has released three of their albums, including the new one Stoned Gold (comes with a very cool book that Robbi wrote called, The Art of the Jam!). This is released tomorrow (Dec 18th, 2017).. Enjoy..

I live in a small village called Joshua tree in the Mojave Desert California.

My mother ran a Buddhist meditation center in South Africa, so as a young boy I was surrounded by hippies. One guy came from a hippie commune and he took me there one night - I was 13 years old.  A joint was passed around and I took a hit – there was a band that lived there called Snow.  I was so stoned and unfamiliar with the feeling (my first time) so I went outside to get my mind together and I lay down under the African sky on the wild grass - quite confused. Then the band started to play and heard the  music floating across the hills and meadows as I was gazing up at the stars in the African sky  -I was transported, -felt like I was  drifting between the sky and the stone.

Hawkwind – Warrior on the edge of time.

My first space rock gig was seeing Freedoms Children and Hawk .  I was about 14 years old and went with my mom’s hippy friends,- a riot between the police and the hippies started – I was terrified by all the violence.  But I was sitting on the side of the stage and I will never forget that experience – the band were tripping hard and played beautifully… and then the cops came. – that was South Africa for you; so many contrasts. 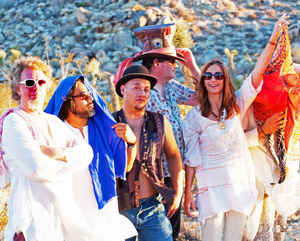 Saturday night fever – the Bee Gees – South Africa was the testing ground for that movie – so i saw it long before it became such a sensation – Even today that record can put me in a real good mood,  I know all the damn lyrics – please don’t tell anyone!

Cirque de soliel – the very first one – the band was brilliant, very Pink Floyd-like; great musicianship and then all the craziness of the circus itself – it was definably a space rock extravaganza!

Joshua tree Astronomy theater.  Huge screens outdoors where astronomers project deep space images onto -  which we then jam to.

Outside of Space Rock, what are you into?

When I was a kid, we had in South Africa, a can of baking soda. On the can was a oval shaped label, on the label was a picture of the same can with an oval shaped label with a picture of the can with an oval shaped label, on and on; smaller, smaller and smaller…. – I used to stare at this forever to see how deep it went, and what was the smallest can I could see…like staring into the infinite…as a result I am into the occult.  I read everything I can on tiny things, the evolution of mitochondria, quantum physics, the hidden forces of the limitless light etc.  These are things I am into

What do you collect? 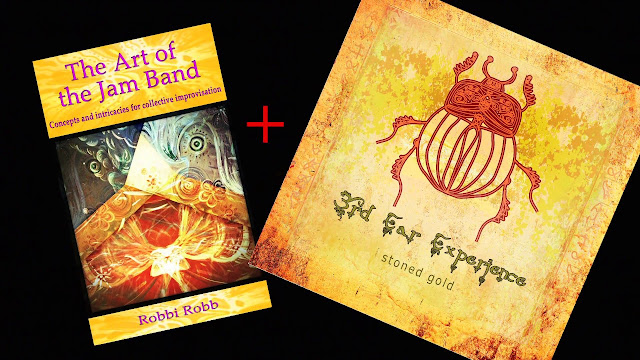 Who do you call in the Space Rock community for a good night out?

Jorge Bassman Carrillo- who also happens to be my bass player and good friend.

The best Space Rock Gig you ever saw?

Roger Waters Radio Kaos at the Forum in Los Angeles.

Which Space Rock muse would you most like to work with?

Christina 'Licorice' McKechnie  a Scottish singer and songwriter from the Incredible String Band between 1968 and 1972. Her whereabouts have been unknown since 1990.  – like I said – I am fascinated by the unknown. 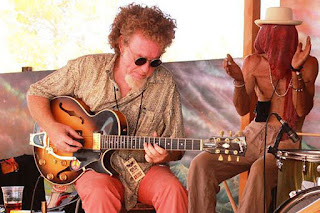 What Space Rock album gets you into a good mood?

What are you up to at the moment?


I’m going through all the music that 3rd Ear Experience recorded ut never released or mixed to find some treasures, - some of them I cannot believe I overlooked – going to create a “secret menu” to release on Band camp and just put the stuff out.  In other words – still having fun!

http://www.robbirobb.com/
https://www.facebook.com/3rdearexperience/
Posted by Scott aka. Dr. Space at 6:04 AM