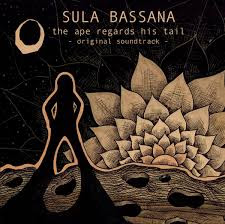 This is quite different in some ways to Sula’s other solo works as this is an 8 track soundtrack with tracks ranging from 2 to 20mins in length to a sci fi movie by Michael Yates. I have not seen it but I for sure want to!  All the music was composed and performed on a variety of keyboards with a bit of guitar but not much.  Beginning is a slow building piece with a Fender Rhodes like piano like that is very slowly played and a drone synth in the background.  Some nice floating pad keyboards layer in from time to time.  A lot of the music is different variations of what I just described. This is a cool album if you really want to relax and just float away but I am sure it better in the context of the film, which I need to watch myself.  Some will find this quite boring perhaps, it will just depend on your mood.  If you are a fan of Dave’s work, you will probably like it.