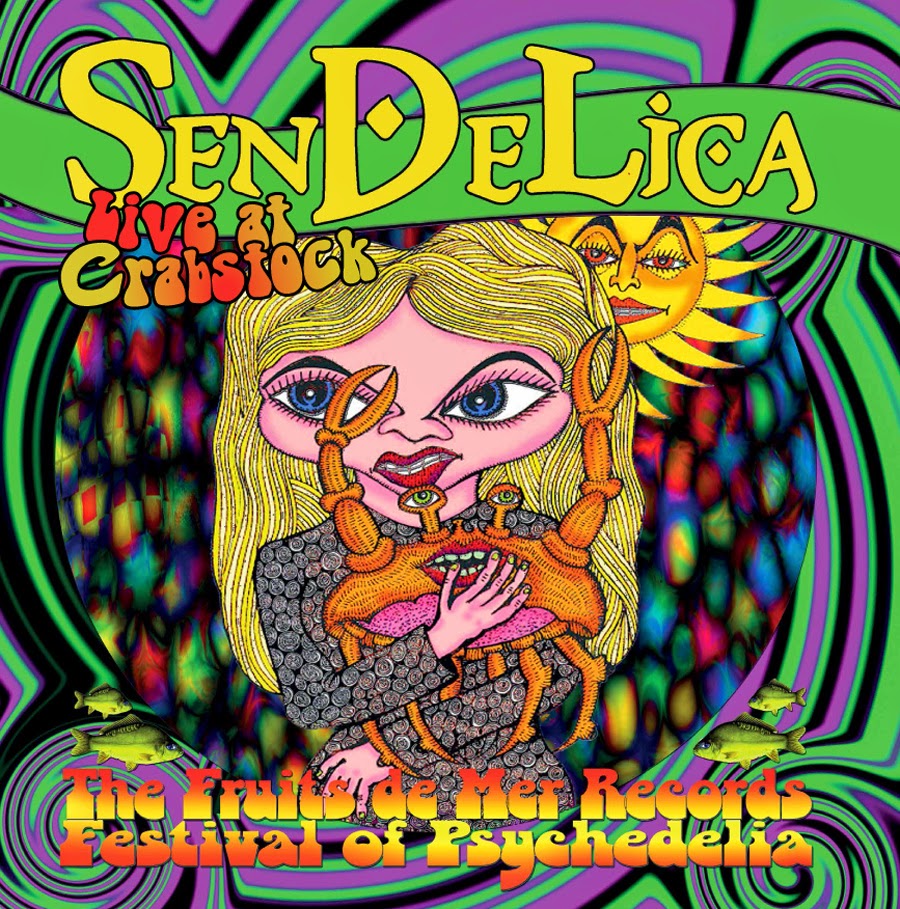 The Welsh psychedelic space rock band, Sendelica has released their first live album and it is fantastic. It was recorded at last year’s successful Crabstock Festival in Wales and released now on the Fruits de Mer offshoot label called Friends of Fish! The set features a range of tracks including some cool borrowed themes from bands like Pink Floyd and Funkadelic with such track as Set the controls for the heart of the Buddha and Return of the Maggot Brain. I have never seen this band and hate to admit, they are one band that has sort of just passed me by as I don’t own a single one of their records but I have heard them streaming while at work. This one I have been spinning a lot on the CD player and it is such a cool record and I hope to catch the band live. Enjoy this track from youtube below from the record..

http://sendelica.bandcamp.com
Posted by Scott aka. Dr. Space at 10:24 PM