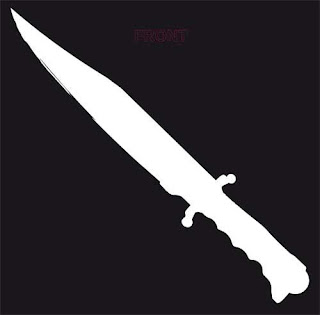 This is a very limited live record from the Melkweg club in Amsterdam, Holland on Nov 28th, 1992. It is pressed in only 300 numbered copies. It is a pretty good sounding recording but someone forgot to get a test pressing and check it out as it runs too slow! Wino’s voice is quite raw and rough on this recording and he plays much more lose and jamming at times like on Street side, which is not on the Köln record. Side B ends with Hidden Mask, another song that is not on the Köln release. A pretty cool concert but it runs slow, making Wino sound a bit weird. It will be a collectors item now for sure but hard to really enjoy this LP, get the Köln one. 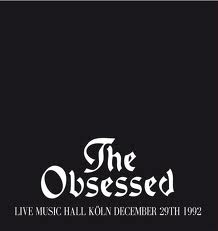 This is another live limited vinyl recording from the Obsessed’s European tour from late 1992. The band was tighter, the sound is better, Wino’s voice was much better and they had changed the set some from the other live recording from Amsterdam that was also just released (that runs too slow). This record is pressed in 1000 copies but only the first 300 come with the extra 7” record, which includes a really cool version of the Motorhead classic, Iron Horse (Born to Lose). If you are a fan of the band you will for sure dig this as these rough and ready biker rock songs come across now, just as potent as they did 20 years ago. It has to be cranked up though, otherwise it makes no sense…  Play it LOUD.

http://www.burningworldrecords.com
Posted by Scott aka. Dr. Space at 2:25 AM