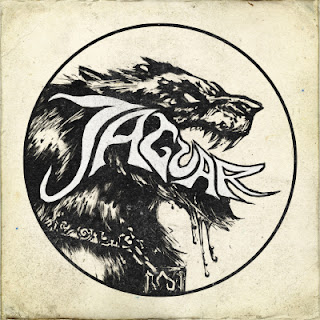 Remember the UK NWOBHM band, Jaguar?? They still play around today but this is the first very demos the band recorded in 1980 (7 tracks) and then two tracks from 1982 and one rare track from 1983. I really liked the bands Power Time record a lot and the original Neat Records 7” (Chasing the Dragon) so I decided to pick this one up. While the sound is pretty raw on these demos, ’s guitar is mixed in your face as it should be and has that cool raw sound that I liked about the band. They had a different singer on these early demos, a guy named Rob Reiss, so it is not the voice you were used to hearing (Paul Merrell). He is ok but nothing to write home about. The LP comes with a great heavy insert with old pics of the bands, the lyrics and all the details you would want to know about these old recordings. A really great class package if you are a fan of this band. Garry plays a lot of ripping guitar in these mostly uptempo hard rocking tracks. If you don’t know this German Label, they are releasing a lot of classic stuff from the 80s, and some of it is really rare old underground recordings. They will release the original Trouble demos on vinyl in Feb and March 2011. I just got my copies so will review them shortly, I hope.
http://www.high-roller-records.de
Posted by Scott aka. Dr. Space at 3:52 AM