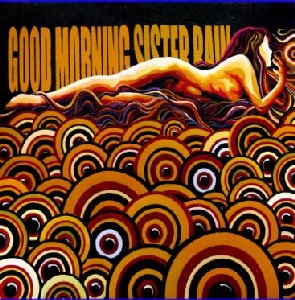 The Malmö based vinyl only label is back with a new release. This release features label owner Tobias as well as the members of the Technicolor Poets and female vocalist. The A side is a album side version of the Pentangle song, House Carpenter. I really like their version a lot although I think the vocal is mixed a bit high at times. It features some really nice fuzz guitar. A very cool version and great song.  The LP title track, Sister Rain starts the B side with some organ and spoken words before the track really takes off into a nice psychedelic jamming track that reminds me a lot of the band, the Higher Craft, but the singer is not as intense as Christina and the track a little less together. They mix in some nice spaced out synth sounds here and there, which I like. I am sorry that I have to refer to the female singer has her, but the LP has no information about who plays in this band and I can not find anything on the internet either. The LP ends with the shortest track on the LP, Morrigan. It features some very nice guitar playing and bit darker feeling than the other two tracks. A solid psych rock record from the young Swedish musicians. The record is released in a very nice thick gatefold sleeve with great artwork by Peter Wallgren. It is pressed in 500 copies on 140 gram vinyl.
http://www.motljud.com/
Posted by Scott aka. Dr. Space at 8:28 AM