The Egocentrics- Center of the Cyclone (Nasoni Records) 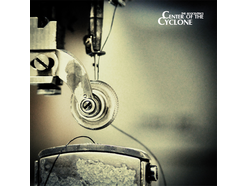 The Egocentrics are a band from and their debut record was released on Nasoni last year. I just received this new one on CD-R and it is due out on Nasoni anyday now. The CD features 7 instrumental tracks in 39 minutes. The opening number. less travelled, opens with some nice delay guitar and then the track evolves with some heavy stoney bass and nice melodic guitar lines. It sort of floats. You need to play this loud… Off the Center picks up the pace and is the longest track at 8 mins and has more intense down tuned riffing in a similar vein (but not production sound) as Colour Haze. No real guitar solos though, just riff changes with the bass and drums very much to the front of the sound and the drums in the back with a very garagy sound. Sink or Swim has quite melodic guitar lines that hold the 6  min piece together. Half way through the track there is some spoken words. They say in the liner notes that there is organ on tracks 1 and2 but it is really buried in the mix as I really did not notice it at all and Sink or Swim is suppose to have electric piano, which I did not hear at all or just barely. Blissful Idiot hits the ground running and is a fast paced track with a Colour Haze feel and flavour in the guitar riffing. Intuition and Coincidence starts very different with a nice reverb effect on the bass as the guitar slowy enters into a very cool track with some nice delay on the guitar and some different style playing from the other tracks (more like the opening track). Lost and Found kicks it up into high gear again and has a great ending section with a spoken word sample from a movie. This last track is one of my favorites on the record.
http://www.egocentrics.net  http://www.nasoni-records.com
Posted by Scott aka. Dr. Space at 1:59 AM