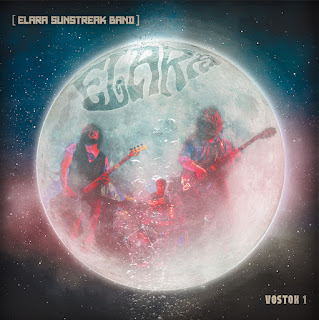 I have not heard of this band from the south of German, the band is a three piece and dig long songs! They released one other album on the PsykA label in 2017. This double LP features just 4 songs between 16 and 19mins long. The band is: Daniel Wieland: Bass, Vocals, Martin Wieland: Drums, Percussion , Felix Schmidt: Guitars, Effects with guest vocals on "Vostok 1“ by Felix Seyboth and Hammond organ and Mellotron by Christian Wick. Nexus starts things off with a bit of a drone and then some heavy guitar riff and short solo before the first vocal section. The vocals reminds me of Igor from Stoned Jesus! Most of the first part is focused on the guitar soloing which is very good and a lot of variety as Daniel and Martin keep things steady and leave a good platform for Felix. The middle until the end section features a sitar like guitar (perhaps the Ravi pedal, as no sitar is credited).  A nice eastern feel with a drone, sitar guitar, more laid back drums that drones off in the end. On a Drink with Jim starts slowly with mainly just guitar and then the hammond comes in and this changes the vibe a lot. Some nice spacey effects as well. Lovely vocal. Not sure who Jim is though?? Great track. 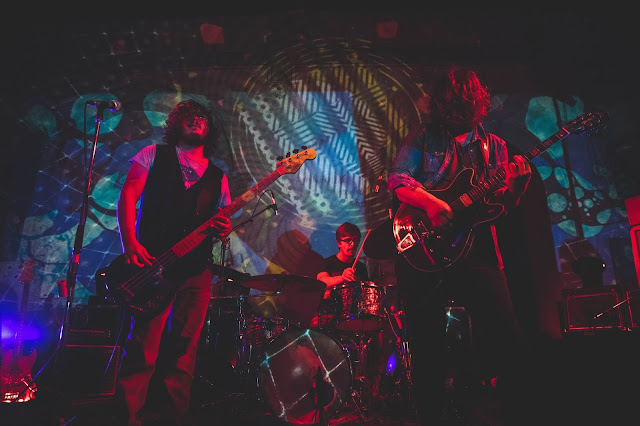 Vostock 1 starts with the bass guitar and bit of delay and then the drums join in slowly but this ends soon and the track gets heavy and features some intense vocals and then wah solos!!!  The music is a bit like a more jammed out Stoned Jesus in some ways as well before SJ became a bit too mainstream sounding. Lots of great dynamics and a good melodic thread to this one. Orange October ends this album and starts off quite melodic. The sitar guitar returns about 4mins into the track. This is the most laid back track on the album and a good way to finish.  Great job guys.

Fans of Stoned Jesus will dig this album for sure.