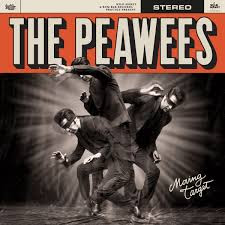 The Peawees are a rock and roll band from Italy. They have been around for 20 years. I have never heard any of their records though. This is their 5th album (they have also released a lot of 7” records) and features 10 tracks of straight up rock and roll inspired but the early days of rock and also the slick 80s.  The CD digisleeve is nice with all the lyrics and a lot of information. Walking through my Hell starts things off with a solid rock and roll song but not that memorable (Check out the video below). A Reason Why keeps the pace about the same but throws in a bit of organ to make the music a bit different but this one is a bit of a slick garage rocker with a guitar solo, only school Chuck Berry style. Stranger is a real throw back to the early 60s rock and roll including the cliché piano! Christine is a bit more of the same but a bit faster paced, just good time rock music, ala the Kinks but not as original. Justify slows things down and features a bit of organ here and there and some great singing. Leave this Place raises the pace again for another dose of catchy R&R with a dash of organ. Phil Spector has that old footstomping rock and roll feel, as you would expect in a tribute to the crazy Phil. As long as you can Sleep is another track not unlike others on this record. Til my Mojo Works closes the record. This is a solid rock and roll album but the band are not really offering anything new or exciting here. Just straight up old school rock and roll music.