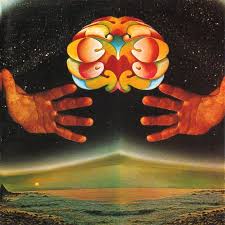 This is the first ever reissue single on Fruits. Touch were a 60s band and this 7” collectable feature is a unreleased track from 1968 that has never appeared on vinyl before (We finally met Today). I have never heard this song (or the band) but it is a catchy raw track with a mix of rock and soul music. A lot happens in the few minutes of this track with many changes. Fantastic song. Down at Circe’s Place is next has a noisy start to the track and then gets really quiet and trippy before exploding into something quite psychedelic with a harpsichord like organ sound being the main instrument with lots of stuff going on in the background. Wow!!   Finally, the ultra rare, We finally met Today. The vibe of this track is more like the first one with some fuzzed out instruments, a nice piano line and a cool song but not as tripped out as the other tracks. Still very cool stuff. I will have to hear more by this band.