We had a hell of a time getting to this part of London for the Beer Company and the show. At the London Craft beer Co- We tried Liquid Mistress (Red IPA), Green Hopped IPA, Extra Pale (Sussex Brewery) and I love you with my Stout (12% Imperial Stout). I think we would have tried 2 more but we were running short on time. We had a slice of pizza at a cool local place and then just made it to the first song of the show.

The Stray concert was super packed. We came in when Del Brahman was playing the first number. He played 3 acoustic numbers. 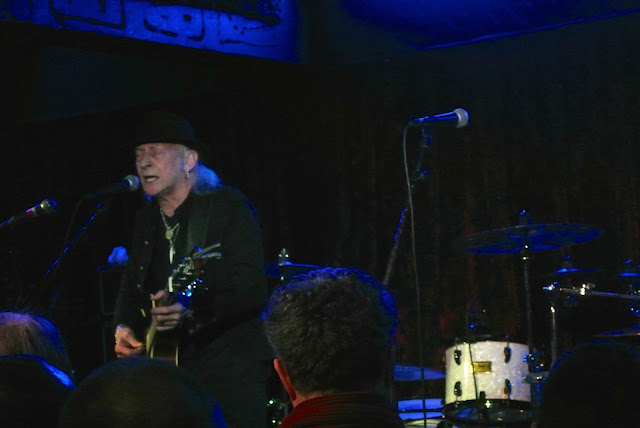 Waiting for the Big Break, Years, Around the world in 80 days. 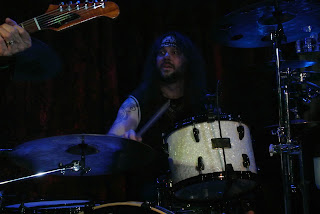 We could get past the stairs hardly. Sue stayed but I moved to the front center.  After Del played the three songs the current lineup of Stray came out and played for 75mins or so with a great line up of songs, especially the ones from the Suicide record sounded great. He told a lot of good stories in between songs. The bass player, he has been playing with Del since I think he said 1978. He was fantastic. The drummer was also really solid and they both were having a great time. 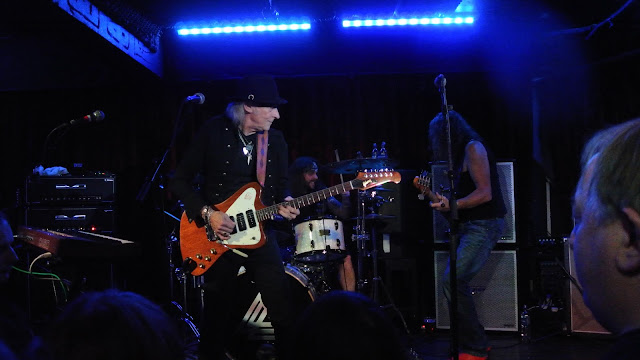 Time Machine, Only what you Make it, Son of the Father, Jericho, Suicide, Move a Mountain, Free at Last, Harry Farr, I, Believe it. 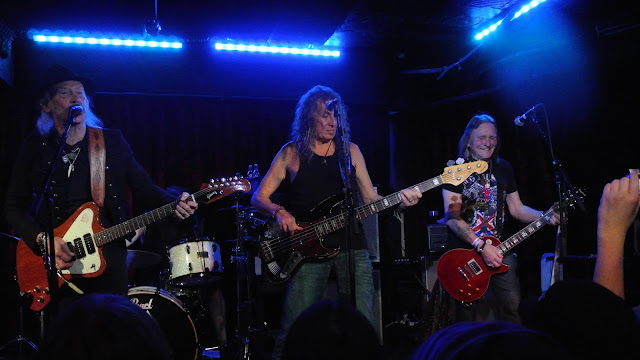 For the next set, the guitar player who joined the band in the 1975 to make them a 5 piece, Pete Dyer came out and they played a 5-song set. He looked pretty nervous and a little stoned or drunk but he actually besides messing up a couple of guitar harmony parts did great and even sang some lead vocals. 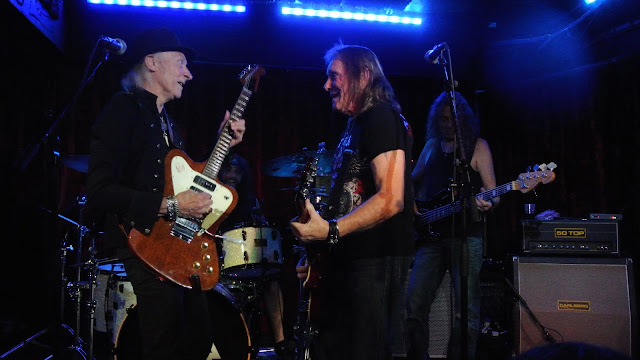 For the People, Take it Easy, Houdini, Percy the Pimp, One Night in Texas

It was pretty emotional when the original line up came out to play. They had no rehearsals prior to them meeting and trying out the songs this afternoon and this was the first and probably the last time, there were on a stage together in 22 years!  Steve Gadd (Vocals), Del Bromham (guitar), Gary Giles (bass), Steve Crutchly (Drums). 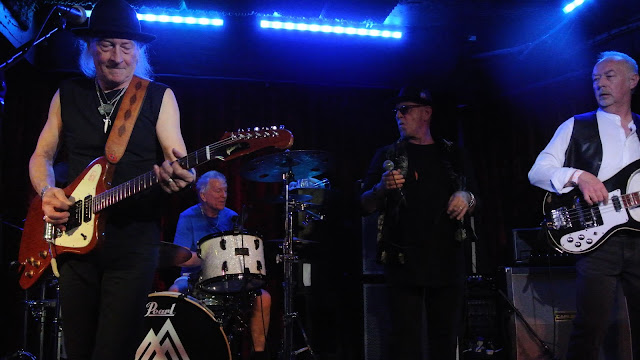 The audience really seems to know a lot of these songs and helped to sing along. The band was clearly having a really good time. I love the drumming but he was working hard and you could tell he was not used to doing this. The set was:

Come on Over, Our Song, Pretty Thing, After the Storm, All in your Mind.

All in your Mind was their only really big hit song and it was really cool. I filmed it. See below…

They did do a short encore with a jam on the song Cold Turkey. He mentioned something about Leonard Cohen, not sure if he wrote it or if they dedicated it to him. It was a great night and about 2 and half hours and 23 songs of Stray, with more or less all the classic line-ups. Wow.
Posted by Scott aka. Dr. Space at 6:11 AM