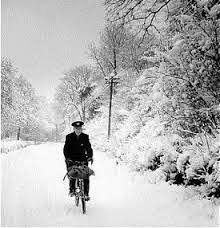 This is a Swedish group that disbanded some years ago and released one single on this great label. This is the full length instrumental record that they made that has only reached the light of day now. It also includes a bonus 7” record. Most of the tracks are pretty long, over 7mins but it starts off with two shorter 4½min track, Aye Makami, with its wind and organ beginning before the rest of the instruments kick in with a quick pass and a happy almost surf like guitar music from a 60’s movie. Cool song.. Tema Ett is a bit more guitar oriented with a nice solo but still with a nice happy melodic thread in the music and some nice Fender Rhodes piano as well making it a bit jazzy for a bit. There is a piece of the next track, Smafaglars Varn on the video below and this track features a really cool guitar solo before the piano-organ mid section which is really nice and spacey. Superb song. Islossning I C-mol starts with a crescendo and then the main guitar riff kicks in and off we go into another really cool 60s inspired track with a great groove. Incident vid Domsted is nearly 11 mins long and the band goes through a lot of cool changes and moods in this adventurous track. It is hard to describe.. It starts off like Pink Floyd, slow and quiet and building with a nice repetitive motif that they slowly emerge from as the drums start to build the track up. You sort of expect the track to explode but it never really does but a very nice jam..  Sinnet Rinner is nearly 9½ mins and a sort of Swedish theme of sorts sneaks into this more guitar oriented track which is also quite dynamic at times. This is the last track on the LP. Their in an additional 7” with two 7 min tracks. The first one is called Signed Tp and it is a sort of a take on the classic LOVE song, Signed DC in a slow spacey version. I wish they had sung the lyrics though. L’espirt d’escaliere  starts off with some organ but develops into a very beautiful track with nice guitar and organ. So great that this stuff was finally released. This was a cool Swedish band..

http://www.fruitsdemerrecords.com
Posted by Scott aka. Dr. Space at 6:00 AM