It had been half a year since I saw this young new Danish band play. I was really surprised that the place was totally packed with people and a lot of women. The shows are free here and the place is a sort of dump. The cheapest beers are 25kr but mostly people come because you can just smoke freely downstairs. It is horrible place to see a show due to this but I suffered through it. The band played a lot of the same stuff as when I saw them open for Carlton Melton but they debuted a new song and announced they would have their first single out soon on the local psych label, Levitation Records (Kasper from the label was there). Check out the video below.

The band has three guitarists (two who do all the lead work and one rhythm guitar player, who on this night seemed a bit out of it and was doing strange stuff), keyboards (he mostly plays the organ sounds), bass, drums and a short bald guy who sings back up vocals and tambourine. I think he took the lead in a few short sections. They have a very retro sound, and started with two uptempo tracks that had the kids in our area dancing. Bits of it sound like the Doors meets Alrune Rød.  Frybyttedrømmen, is a long 15min track that sounds a lot like classic Pink Floyd. Great stuff. The last track of the concert was a sort of long freak out but sadly the main lead guitarist was turned down on the prior and this last number so you could not hardly hear the psychedelic stuff he was doing (We were right in front of him, Tom and I.). They played one hour and that was it.. This is a very promising new band and probably my favourite of the current batch of young Danish bands playing psychedelic rock. Oh yeah.. they sing all in Danish like Elevatorfører and Spids Nøgenhat. 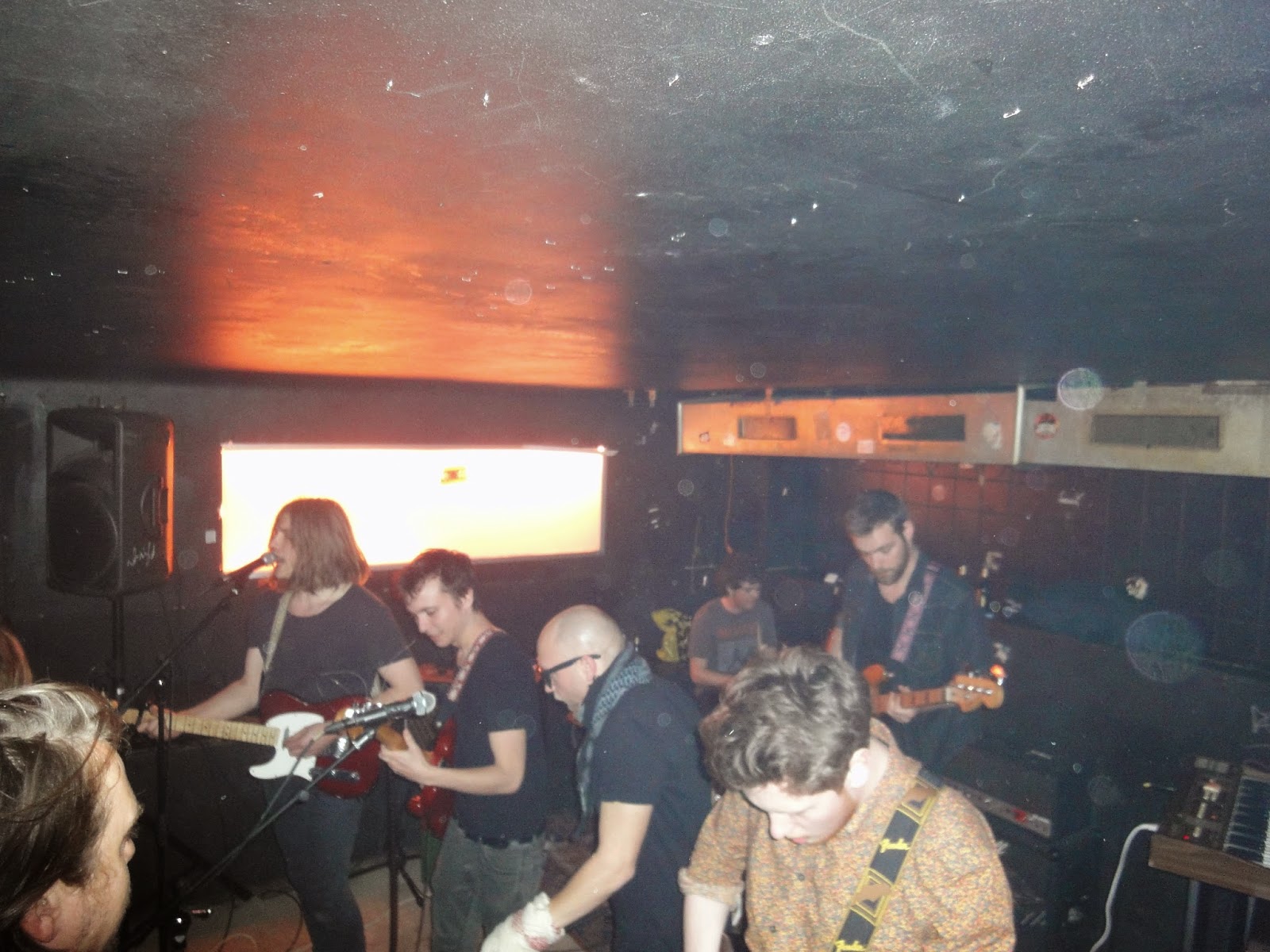