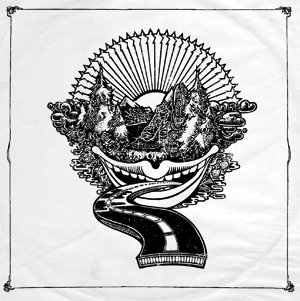 Herzberg Festival has released another compilation CD with tracks from 9 different bands from 1996 to 2010.  It is quite diverse but mostly pretty uptempo stuff starting off with new Model Army playing the title track of the CD. A bit rocking and punky. An Italian 70’s style hard rock band called Electric Swan play a great song with the same title as the band. White Cowbell really rock the place with Tear you a new one. I reviewed the full length CD of their concert released by the festival. The Brew is listed next on the CD but actually comes before WCO on the CD have a great jamming track with a tease of Dazed and Confused. They are from the and play heavy blues rock. Vibravoid play Your minds at Ease, the longest track at 11½ mins and a nice more laid back and psychedelic track after some rocking stuff. Ax Genrich (Guru Guru) plays a blues track that was recorded back in 1996 (all other bands are from the last 4 years). Two German bands are next. Krabat play a track called Niemals Nirgends from their 2007 concert and this is a great and really cool dynamic prog rock track with female vocals. , also from 2007, play Feuerbaum, which is a very tribal groovy track with didgeridoo. Roger Chapman from the Byrds closes the CD with the old blues track, Blind Willie McTell. A pretty solid compilation CD from one of the best festivals in .
http://www.herzbergverlag.de http://www.burgherzberg-festival.de
Posted by Scott aka. Dr. Space at 9:54 AM