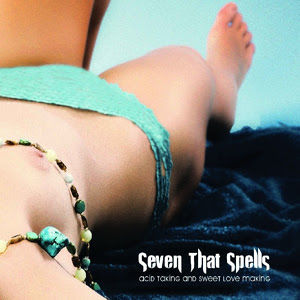 Well, the amazing Croatian band, STS is back with another record. This has just come out despite having been recorded back in 2006. I really love the erotic digipack artwork and the great song titles the band comes up with. The opening track, Let’s go to San Francisco starts off like some old acid rock from their very early days but then sadly ends a bit too quick with a strange twist as we head into the Acid mothers temple vortex with Hell from Jazz. This was just rips your head clean off over the 16 mins. The next track has a lady singing for nearly the entire track and this one is pretty damn cool and starts with a slight off guitar riff based on the Led Zeppelin song, Immigrant song and is thus titled, Emmigrant Song. It goes for around 11 mins. Easy Drugs and Hard Women is next and is a bit more spacey and starts with some more basic not so psyched out easy strummed guitar and lets the analog synths sort of float over the track in a dreamy way. It is not long before Niko starts to solo and things get more psychedelic but he plays very melodically on this track and not so freaked out. Noi Noi ends this trip with an uptempo repetitive groove and some spacey female vocal layered into the sound that just builds and builds and builds.
http://www.7thatspells.com  http://www.hauruck.org/
Posted by Scott aka. Dr. Space at 9:56 AM