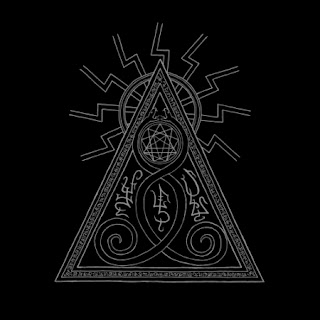 The amazing Finnish band, Dark Budda Rising is back with their 3rd double vinyl record. Again, one record is 45RPM and the other is 33RPM and one track per side. They play their own version of Kraut DOOM. Side A and B are two parts of one long track called Asktakra and this is a damn intense number to start but it is more uptempo and really spacey with the way it progresses and floats in space over the ever increasing pace of the drums as they keep building and driving the track forward, until is slows down for a small section and then come pummelling back with. Wow…  Asktakra II is a track you can hear on the bands web site for the last few months and I have heard this one many times and love this slowly building track. It has a very special vocal track in the beginning that is used like you would use a didgeridoo or throat singing. When the intensity decreases a synth drone modulation begins and the track heads towards the very intense climax. Cool song..
Chonyidt starts side C. As always with DBR, the tracks start slow and this has some feedback guitar, bells, and eerie spoken words on each side of the speakers as the feedback and intensity grows. The rest of the track ends up being a pretty standard melodic DBR track and does not evolve that much but at the beginning the vocal is more dominant and clear than on the other records (until the end section) and a cool organ comes in at the end. I would really love to hear this band do some killer spaced guitar solos, just once, well, much more often than once but it would be a nice addition. It is pretty spaced out the way the vocal and organ is mixed at the end of this track.
Sol-Yata is a very slow building track that has some like Gregorian Chanting during the slow dark, spacey beginning and then the bass, guitar and drums kick in after like 8 mins and the chanting continues but the vibe is totally different now. As it builds a low organ sound slowly floats into the sound as a bit more tension and pace accumulates. They even have some flute at the end. Cool track and quite different from anything on any of the other records. A good ending to this trip. You can pick up their records from Kozmik Artifactz in on line or from the band site below.
http://www.varjotila.org/dbr/
Posted by Scott aka. Dr. Space at 9:10 AM