Crescendo Festival is the longest running Prog Festival in France. This would have been there 24th edition but due to covid, it was the 22nd!  It was an honour to be invited to play. The organization first contacted us back in 2017 or so and we finally managed to make it happen.  The fest started on Friday the 19th with Anaïd (France), Pymlico (Norway) and Kartagan (Ukraine). We did not arrive until late Friday night to Bordeaux so we did not see any of these bands.  The site is in a beautiful beach town called Saint Palais sur Mer about 120km north of Bordeaux.  Lovely location right on a small fishing bay. Festival is also free... They had a local brewer than made 5 kinds of beer, all very good but the Moon Keeper IPA was the best and made only for the festival!!

We had to wait until 15 in the afternoon to be picked up in Bordeaux and arrived in time to hear about half the show of the Italian band, Universal Totem Orchestra, who I really like. They were cool. Esthesis (France) were on before them. 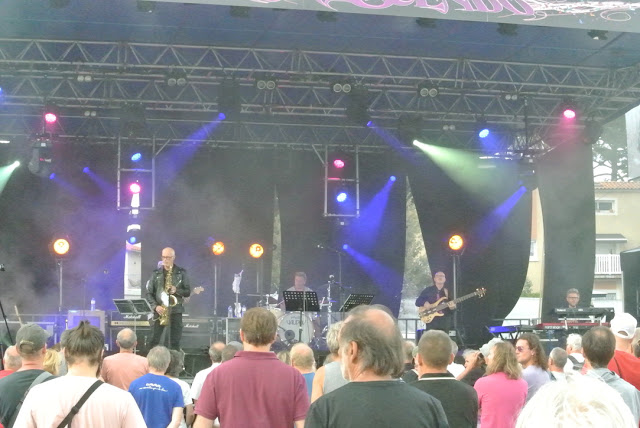 Next up was a German band from Berlin called Small Tape. This was very Porcupine Tree/Steven Wilson inspired stuff.  They were pretty good. 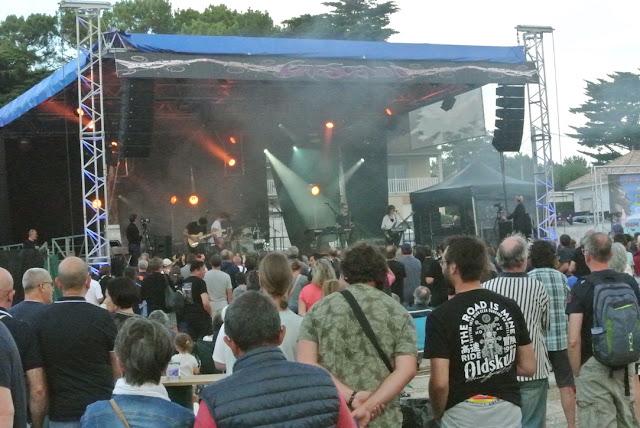 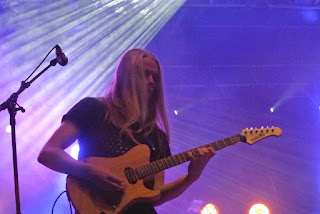 Hasse Fröberg and Musical Companion (Flower Kings), his band was great but the music was much like 80s Kansas or Boston, a bit of 90s Marillion. The band were super musicians and they had a huge audience, I guess 1000 people. Nice people and good players.  We got back to the hotel about midnight.

Soundcheck was 11 and we were done by 12 and all was good. We had lunch and I set up the merch and we headed back to the hotel until 17… They were supposed to pick 2 of us up at 17 but no one showed up so Jiri and I just sat and talked and around 18, everyone was there but then they showed up with only enough room for 4, so Mogens and Vemund waited for them to take us and come and them. It was a pity as I really wanted to see Ex Odd, they were one of the most interesting bands that were playing but we missed them all since no one showed up at 17.. Oh well. I mostly sat at the Merch table and talked with the fans, sold a few LPs and CDs and t-shirts but not much. London Underground, was an Italian trio (keyboards, bass and drums). I have one CD by them and I liked them a lot. They were really nice people and the keyboard player was a fan. They had some technical problems and delays so the festival was 30mins late now.  I dig their music and vibe a lot though..

Last Flight to Pluto was a power rock pop band from Wales. They just seemed so “not right” for this festival and was anything but progressive. Lead by a female singer, they had 3 guitar players, bass, drums and loads of pre-recorded stuff. It was way too mainstream. We did not like them at all. Nice people though.  They ended their set with a terrible version of Whole Lotta Love with Rush- Spirit of Radio in the middle. That was bizarre but they did Zep terrible. It had no groove.. Bizzare.. 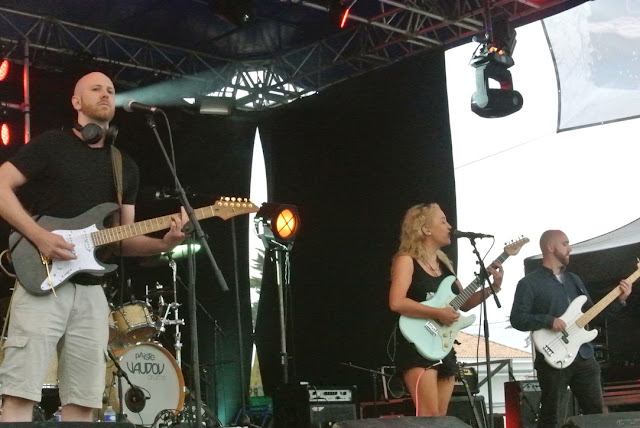 Anyway, we (Oresund Space Collective) were rushed as they have a curfew and all music has to be done at midnight.  We got started about 2230.  It was a high energy set and about 2-300 people were still there. There was 1000 people or more the night before but that was Saturday!  Anyway, we kicked some ass and everyone played so well. Mogen´s modular died half way thru the show though,.  Both Vemund and Jonathan were awesome of the leads and solos and Tim and Jiri just groove like hell. People loved and some said it was the highlight of the festival. It was really fun. We even got a encore and played something more mellow and spacey, which was cool…  …  A great time.. We had some beers and left the festival site about 115… I was so tired.. Did not get to bed until 205…  A pretty diverse and awesome festival and this was the best we had ever been treated by any festival.. Merci Prog Patt, Jean-Luc, Sara and all the other amazing staff...  Highly recommended.