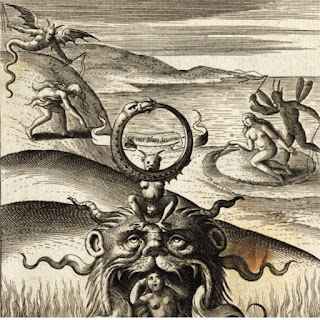 This is a fairly new Hungarian band and this album features 4 long tracks (between 13 and 23mins) of stoned jammed out bluesy rock music. The opening track Vital Verifications is a 13min jam (the shortest on the LP) and is a slow bluesy one with a laid back vibe and a focus on the lead guitar playing. Subconscious Takes is the longest track at nearly 24mins and again pretty laid back blues guitar lead music. It gradually builds up and they rock out much more with some intense lead guitar. Montpellier Blues has this melody in the start where I could really hear a female blues singer just belting out some blues. This one like the others takes it’s time.

The last 18min track, Definitive Porn, starts slowly but really picks up with some cool funky way guitar and they really are grooving by 2mins. A bit SRV like guitar playing. The jams take a long time to develop so you have to be patient with this album. I think some people are too impatient to enjoy this though.  If you are a fan of long jammed out instrumental blues rock with a Hendrix, SRV inspiration at times, you will dig this. The guys don’t have the energy of a group like Frozen Planet 1969 but it is a similar idea.  Check them out.. Máté Varga - Drums, Bence Ambrus - Bass, Dávid Nagy - Strat