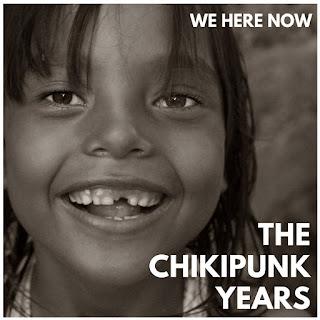 I have never heard of this band before. It says all instruments by Un Chiquitino (one Brazilian, one Peruvian and one Indian), which seems like the name of the band but the CD is called something different. The back of the CD cover shows a trio (guitar, bass and drums). Anyway, this is some raw rock and roll, featured in 10 short tracks. Soujourns starts things off with some nice energy and harmony guitar parts. This short track cuts right into a sort of African like guitar line for Gathering and Separation. The vocals are nice and melodic but it is difficult to hear even what language he sings in.  Is it English or Spanish or Portuguese??  About 2mins into this track a strange and very out of place sample from an English movie is spliced in and then they come back to the guitar solo section of the track.  Detachments keeps the energy high and returns again with some nice layered guitar to compliment the drive and melodic voice. I wish the songs were longer here as they have some great grooves and ideas. Angelus Novus is a short guitar piece that leads into Planes of Inmanence, the last track on side A. Some great drumming on this track which has a more repetitive nature about it with the melodic voice over the top.

Side B starts off with Detachments (reprise) and features some really nice guitar playing over a very drum and bass repetition. Frontiers and Determinations has a more psychedelic nature as the band go for recurring riffs and some effects on the vocals. Dukkha returns to tracks more like the first ones. Paramubulation features some really nice guitar leads on this instrumental track that has many more changes than the tracks with all the recurrent riffs and themes.  Clearings is the last track and best track. Fantastic instrumental. Wow..

I have to say, I quite liked this record after a few listens but it is for sure out of the left field for Elektrohasch. A lot of descriptions describe it as garage rock but it is far too complex for that genre. It has a raw production though. Cool…  You can hear a 10min sample of the record below.