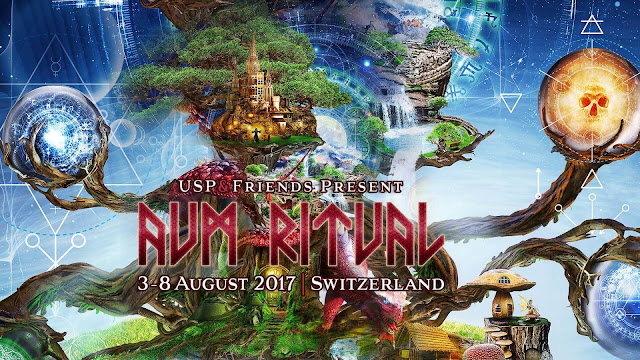 The Aum Ritual is an amazing mostly electronic music festival in the mountains about an hour from Basel, The organizer last held the festival in this amazing place 10 years ago.  The ØSC guys arrived on Thursday night so they could be there for the entire Au Ritual with the opening ceremony on Friday and then constant music 24hrs for the next 3 days!!  The organizers took very good care of the artists. A hostel that was close by, free food and drinks and transport back and forth for free.  Everyone was happy. Due to circumstances I did not get to the festival until 01.30 in the morning on Sunday.  My friend Chris (B-Tong) picked me up at the Zurich Airport and we drove to the festival about 2hrs away.  We only had time to get our wristband, have a couple of beers and see one act before we needed to crash. Chris was also playing on Sunday.  Atriohm, was a psy trance act but a very good one. Wow.. quite psychedelic stuff.

8:30 in the morning is when the main acts usually played.  BIzzare. We missed Kindzadza, which should have been very very cool.

When we arrived in the late morning Takaki Itoh, was on. He was a crazy artist. This music has really tripped out bass reverberations and was all like 180 bpm… insane techno but very creative at the same time. 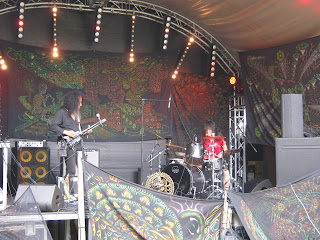 Pikacyu/Kawabata was next. This is a new project from Acid Mothers Temple leader, Kawabata.  Pikacyu was an intense female drummer who also sang and later came off the stage and created a cool shoe ritual with the small audience (see below).  Kawabata played all kinds of styles and some was very Krautrock like and other times so cool effected guitars. Great and interesting grooves. They have made a record and had a small place in the grass after the gig where they sold merch while watch ØSC play. 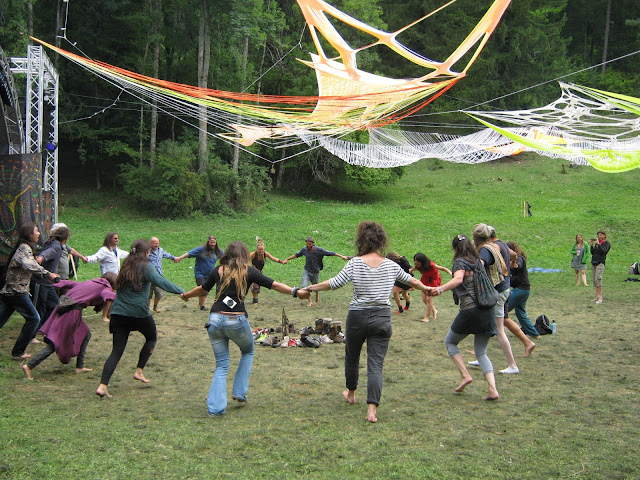 The organizer contacted ØSC to play here over a year ago and I am so glad that we did this event.  We were totally different than every other act and very well received. Everything is with a so so schedule but we played in the afternoon on the Sunday on a beautiful day with some clouds but mostly sunny. A very inspiring place. Our set was very spaced out and had a lot of cool elements. I think we had enough energy but should have had more. It was super spaced out with cool dynmics going from rave music to Pink Floyd to reggae-dub and space rock. We played for about 2hrs and 10mins. We were going to jam with Kawabata but there were only 2 guitar amps. That would have been fun!

Hang Brothers- Nice chill out music with a steel like drum, stand up bass, flute, male and female voice, guitar and snare drum. A nice relief from the psy trance. Very relaxing. 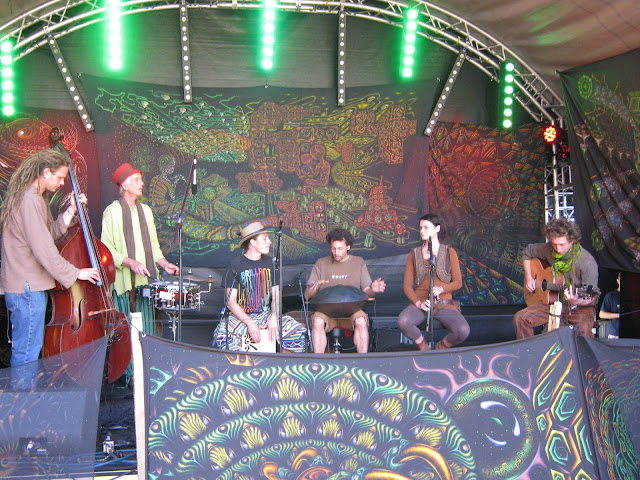 B-Tong, is my friend Chris’s dark ambient project. I have seen him a few times and this is pretty close to what he does all the time. Very creepy, evil, ambient music but with a lot of cool strange sounds and effects thrown in.  A never ending spaced out flow with some vocal samples, etc… Cool stuff.. He was cut off by the artist after him, who was super eager to play so Chris was a bit pissed off as I would be as well. DJ Magnus who followed him was not that good.  Straight trance techno DJ. Not that interesting. 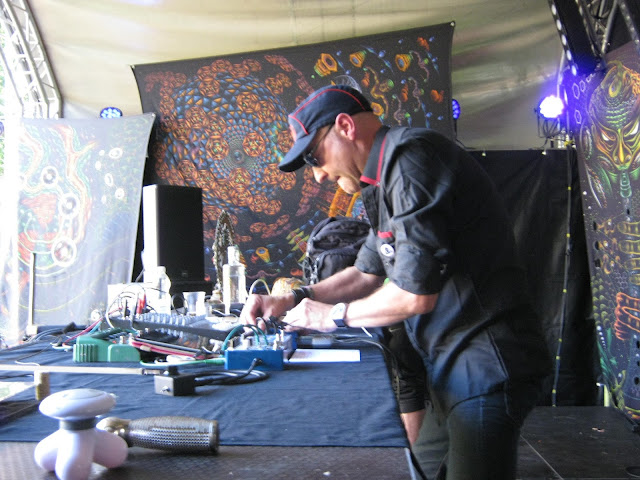 Whrikk, was a very cool Dutch DJ from Haarlem, Netherlands. We hung out a lot with him and this was the only show where the entire ØSC band really hung out, danced and went crazy to a band.  We had a good time and he makes some very cool multilayered psychedelic trance with nice delays, real life samples, etc... Wow... Creative guy...

Semiomine/DJ Hidden, this guy did some really cool stuff in his more ambient sets. Great layers. He was a super nice guy, I spoke to him quite a bit. He did 3 or 4 different sets at the festival.

Blush Response, this guy was pretty amazing but it was not really my kind of music. Imagine the most evil, dark, techno, like a repeated stabbing nightmare with dangerous beats.. That was what this guy did.. He was fucking up your mind. We were listening to his set while watching the amazing fire dance troupe that did juggling and hoops with fire, etc.. They were so cool.

Perc, a UK DJ (apparently quite famous) was all very high intensity trance. People were into it…

That is all the music that I heard.  There were artists going 24 hrs for 3 days though. This is a list of some of the bigger names: Kindzadza (Russia), Oxidasksi (Israel), Ocelot (US), Mongust, (Japan), Gaudi (UK), Dahsa Rush (Russia/Germany), Perc (UK), Blush Response (US), and Robert Rich (US). 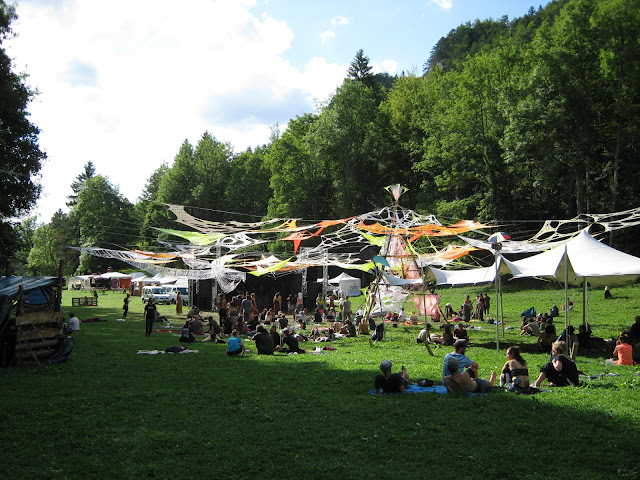 A great festival in an amazing location. The vibe was perfect. People 100% in harmony with nature, music and the world... Peaceful.....  Thanks to Milosz for inviting me and giving me this important life experience.. Peace..