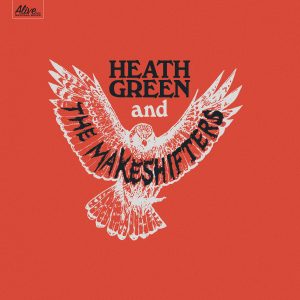 Apparently, Heath and the Makeshifters have been playing around for many years in the bars of the south. They hail from Birmingham, Alabama. You can tell that the band are well seasoned and I really dig Heath’s vocals. The album starts off with a 2min foot stomping rocker called Out to the City. They manage to get a short guitar and harmonica solo in. Secret Sisters is another groovy one and I wish they had jammed this one out as it was less than 3mins also. Ain’t got God is a piano driven track with just piano and voice to start off. It is a really nice track, very passionate and one of the longest at nearly 5mins with some nice guitar playing as well. but I no not need to be preached to about god and religion. Glad it is not a full on Christian rock record. Phew… Hold on Me has a really passionate vocal and another solid bluesy rock and roll number. Ain’t it a Shame is a slower blues track with a great feel and ripping solo by Jody. Living on the Good Side is one of my fave tracks with it’s really nice vibe (like classic Skynryd) but also a heavy riff that kicks in (Led Zeppelin like) but I like the piano and slide guitar parts and great vocals. Took off my Head is very much a tribute to Tom Waits. Cool song, very much like Get behind the Mule. I’m a Fool is very laid back but what a great passionate blues track, great vocals, guitar… Ain’t ever be my Baby is bluesy shuffle track that ends up rocking out for about 1min.  Sad Eyed Friend ends this album with another bluesy rock and roll number. This album took me a few listens before I really got into it, so for sure give these guys a chance as in the end, I am really loving this one but the songs are a bit too short for my taste.