I had not planned to go to this show but Nicklas (Papir) said it would be one of their few shows this year so it was going to be my last chance to see them for a while.  I am glad that I went. I got there early and talked with the band for a while. Such super cool guys. Love these guys. The new record is delayed but should be out by the summer.  They are starting to record the next record in Feb.

Anyway, the set was about 55mins long and included a brand new song (see video), as well as the closing track, which has been called Acid Rock, which will be on the record that comes out this year.  I also filmed the last half of the opening track as well. They had such a great dynamic this band. Amazing bass lines, intense drumming and amazing guitar parts. Wow…  The place was pretty packed, which was great. 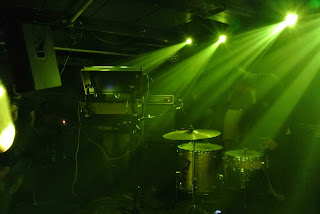 Camera, is a band I saw at the Psychedelic Network Festival in Germany a few years ago. The band is a three piece, lead by the keyboard player and supported by two younger guys on guitar and drums, percussion. The mood on the stage was not good for these guys and the guitar player spent a lot of time facing the back of the stage or away from the others. Seems they had had a fight earlier. Anyway, their set was about an hour long and it was a very slow start, where I felt like no one wanted to take the lead and take the music anywhere. We were pretty bored (Gary from Yawning Man and his wife). We were patient and did not leave and it actually evolved into some pretty cool stuff but we all agreed they could use another instrument (horns, lap steel) to spice it up a bit. The mid part was very uptempo for quite a long time with some cool drumming. I think in the end most people really liked it a lot.  Fun night and good to see some friends as well. 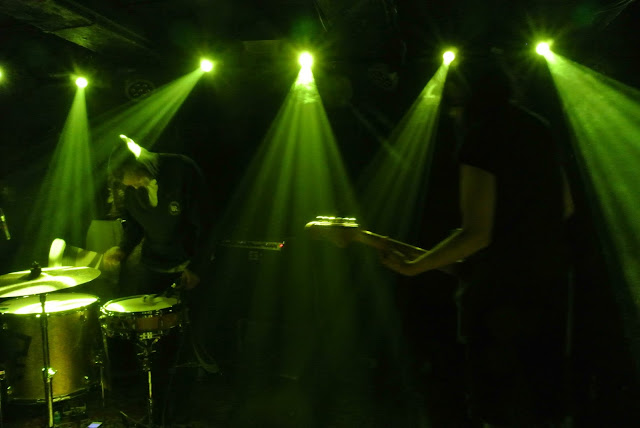