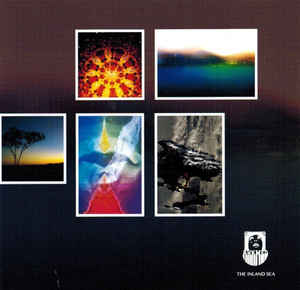 Wow.. what a surprise this was… I really quite liked the bands last album but still not as much the first material.  This three piece band from Melbourne Australia take you on some long trips (only 5 tracks in 70mins!) once again… The CD starts off with Kaleidoscope. The guitar tone is really cool on this starting riff. After about min the bass joins in the riffing guitar and drums. It might remind you a bit of Causa Sui. There is also some quite buried vocals by the drummer but you can’t really hear what he is saying. A very uptempo track with just the same riffs repeated over and over for over 4mins and then it dies down to just a bass line and then slowly builds on some spacey guitar. The guitar is layered and it gets pretty psychedelic (I wonder if they loop the guitar live?) as it builds up around 9mins. The Inland Sea is next and it slowly builds up. The guitar sound has more room to it, reverb and he plays in waves as the drums stay pretty tribal and die out. A new riff kicks in around 3mins and the tempo increases and the riffing makes some incremental changes until the explosion at 6:30 when the track chills out to the sound of waves. It now goes into full on post rock dream territory that has been tread so many times by so many bands.. Pity…  Still not guitar solos but a spoken word vocal appears and the track dies out around 13mins. Last hour of Light starts with some insects at twilight and then the clean guitar riff begins. The rest of the instruments and vocals join in about 2mins. At about 6mins the track makes some different maneuvers and gets a bit heavier with a flangy distorted guitar, while the clean riff repeats in the background at a lower volume. At 11mins we start to drift out into space with some delay guitars and a long space noodling guitar. Just before 17mins it really starts to build up again. Pattern of Atolls starts again with a stand alone guitar which slowly has more guitar effects added to it as the drums slowly enter. A spoken word vocals appears briefly as the post rock build takes form. At 9mins it gets pretty intense and there is a noticeable change in the drum sound when John-Paul pounds them and then does some more spoken words over the just riffing guitar. Intense ending. The CD ends with The Empty Quarter. Starting again with solo guitar with a sound of being in a deep chamber and a slow evolving musical journey... Cool record..